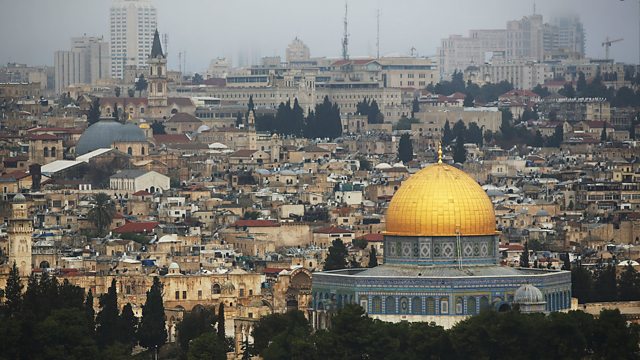 President Trump Is Warned Against Moving US Embassy

Regional leaders warn US President Trump against moving embassy in Israel to Jerusalem.

Reports from capitals around the world suggest that President Trump has been warned by his fellow leaders that he will face strong reaction, if he moves the US embassy from the Israeli capital Tel Aviv to the religious city of Jerusalem. Jordan's Prince Hassan bin Talal reflects on the possible repercussions.

Also we hear more on why the International Olympic Committee has banned Russia from competing at the 2018 Winter Olympics; and the danger of conflict over water.

Picture: Jerusalem's Old City, with the Mount of Olives in the background; Credit: Spencer Platt/Getty Images