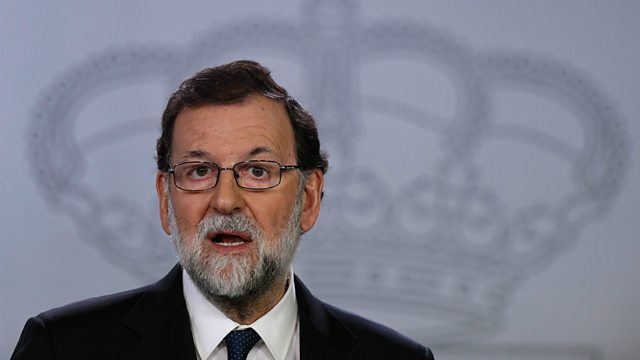 The Spanish Prime Minister, Mariano Rajoy, announces plans for fresh elections in Catalonia, blaming the move on 'disregard for the law' by Catalan pro-independence forces.

Also in the programme: controversy over the appointment of Zimbabwe's President Robert Mugabe as a WHO goodwill ambassador; and a look at the alleged sonic attacks on American diplomats in Cuba.