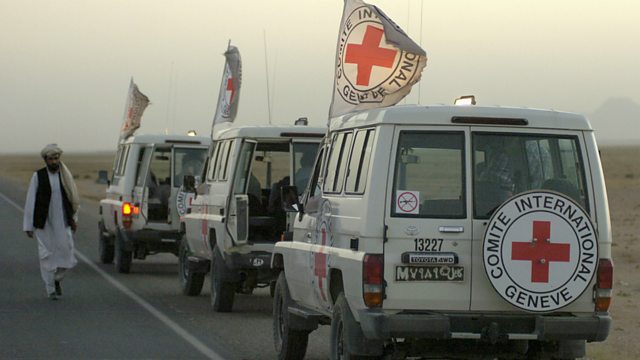 The International Committee of the Red Cross says it will significantly reduce its presence in Afghanistan following a series of militant attacks, which have killed seven of its employees this year. The head of the ICRC's delegation in the country explains this 'painful decision' to Newshour.

Also in the programme: how economically viable would an independent Catalonia be? And we look ahead to next week's Communist Party Congress in China.

(Photo: Vehicles of the International Committee of the Red Cross in Afghanistan. Credit: Shah Marai/AFP/Getty Images)