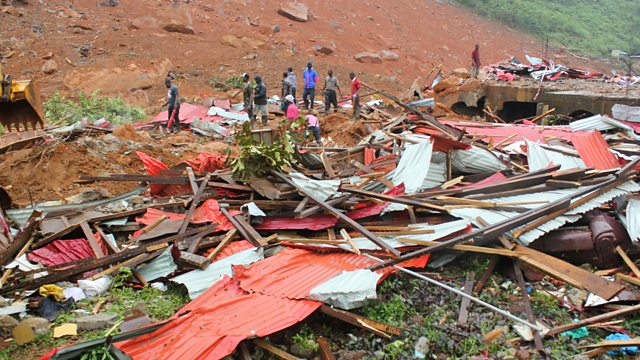 Dig for survivors resumes in Freetown after yesterday's mudslides, which killed hundreds.

After mudslides and floods left more than 300 people dead in Sierra Leone's capital of Freetown, a search and rescue mission for survivors is underway. But hope of any positive news is quickly fading, given how quickly hundreds were killed. We hear from an urban planner who's done extensive research in Freetown.

Also in the programme; Iranian authorities freeze BBC staff assets in the country; and what happened to Saudi princes who spoke out against their government?

(Picture: People inspect the damage after mudslides in the mountain town of Regent near Freetown. Credit: Reuters)