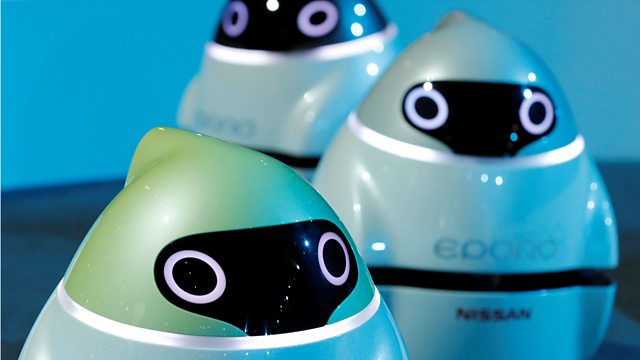 The top minds in business and finance are descending on Washington DC this week. They're attending the annual World Bank and the International Monetary Fund meetings. The BBC's North America business correspondent Michelle Fleury met the World Bank President Jim Kim. He told her that countries need to update the competitiveness of their workforces.

Today, the Nobel Prize for Economics was awarded to the University of Chicago's Richard Thaler. The odds were nearly 100% that it wasn't going to be a woman. Only one woman has ever won economics' highest honor - American Elinor Ostrom won it in 2009 for her research into how communities can encourage natural resource preservation. The BBC's Kim Gittleson looked at why economics - even more than some fields like maths - has such a diversity challenge

We're in week five of America's National Football League season, and the nation seems gripped, less by the muscular clashes on the gridiron, and more by the politics of whether it's respectful to kneel on one knee during the playing of the national anthem. NFL bosses have largely supported their players but there has been talk of a boycott by Trump-supporting spectators. Ken Belson, who writes on NFL for the New York Times, gives his view.

The BBC’s Roger hearing is joined by two guests on opposite sides of the Pacific - Jose Martin, radical organizer and a militant researcher of social unrest - who's in Washington, and Shalini Mahtani in Co-Founder and Chair, The Zubin Foundation, in Hong Kong.

Hurricanes Take Their Toll on US Jobs Market