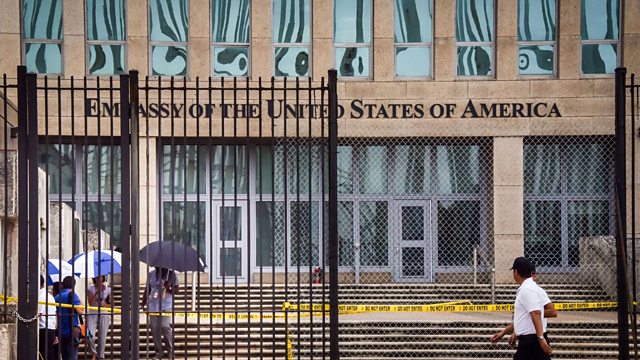 At least 21 staff reported health problems ranging from mild brain trauma to deafness and nausea, although who was behind the possible sonic attacks remains unclear. We have the latest from Cuba correspondent Will Grant. Also we're in Catalonia ahead of a contested independence vote from Spain and we hear from Microsoft CEO Satya Nadella, in conversation with Kai Ryssdal from US public radio show Marketplace, about his two years so far running one of the world's biggest tech firms. Plus we speak to Suzanne Hook, who was orphaned during the Vietnam War, raised in the UK and who is now running her own orphanage back in Ho Chi Minh City. And we chat about Elon Musk's conviction that his company SpaceX will be able to land a manned rocket on Mars by 2024. Presenter Jon Bithrey is joined throughout the programme by Colin Peacock, host of Mediawatch on Radio New Zealand.