Reverend Steve Johnson has come out to serve this new community, both convicts and soldiers, and cater to their spiritual needs. His main priority is to get a church built. An idealistic enthusiast, we discover that he is also wanting to make a fresh start in a new land to help his wife through their past personal pain. 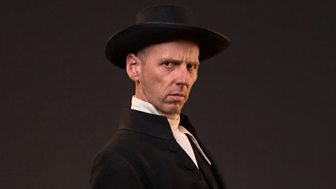 "Reverend Johnson is based on the minister who accompanied the First Fleet to Australia in the 1780s. He was part of the first settlement of the penal colony. Reverend Johnson was sourced from a variety of candidates in Britain to leave his life behind and enter this uncharted, unknown world. His task was to take care of God's flock and establish a spiritual base for this group of soldiers and convicts. In a lot of ways it was a thankless task. Spiritual wellbeing was a little further down the totem pole of what the soldiers and convicts needed in their lives, such as food, for example. The Reverend’s main predicament is to establish a church in this new world. Somehow he has to enlist the support of starving convicts and disgruntled soldiers to help him, literally, build it. He also has to establish, within this fledging society, a spiritual domain, a territory that he can protect."

Ewen Bremner is a Scottish actor from Edinburgh. He first rose to prominence in an adaption of Charles Gormley's 1985 film Heavenly Pursuits as a Glasgow schoolboy.

He subsequently went on to appear in the 1990 BBC Scotland feature-length adaption of the William McIlvanney short story Dreaming. Bremner is perhaps best known though for his portrayal of Spud in Danny Boyle’s 1996 film Trainspotting and as Mullet in Guy Ritchie’s film Snatch (2000).

He has also has supporting actor roles in Hollywood blockbuster films such as Pearl Harbour and Black Hawk Down, in which he appeared alongside his Trainspotting co-star Ewan McGregor. When he was growing up he originally stated that he wanted to be a circus clown. 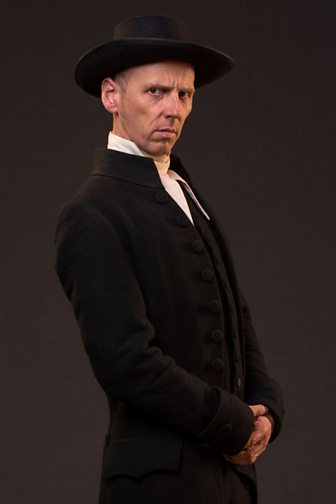