A little bit about Seani B 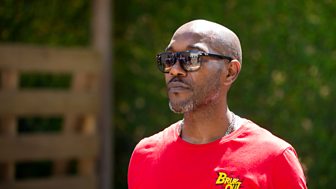 Where were you born?
West London.

Your favourite hobby and/or present as a kid
Reading Fighting Fantasy books and collecting little models. Couldn't tell you why, I just did...

How you got into being a DJ/presenter
My brothers had a sound system and I used to clear away the records after their practice sessions to get 30 minutes on the decks (I was around 12-13 years old). When 1Xtra was advertising for staff I applied for a job, but not as a DJ. Story goes the specialist executive producer heard my mixtapes and thought I was American. In passing he had mentioned my name to Robbo Ranx who told him I lived in White City, near BBC TV Centre not White Plains! Another DJ Mark Ross also had the same conversation with him. The rest is history. Respect to Robbo and Mark!

Your biggest influence(s)
As a DJ it would be my brothers who taught me well. Also DJs like Cash Money, Jazzy Jeff, soundsystems like Mastermind, Rappattack, Stonelove, Killamanjaro. As a person, my father. He taught me principles and morals. Work hard and play hard!

Biggest achievements
- When I pressed my first record. Case and Foxy Brown, Touch Me Tease Me (dancehall remix).
- Doing a shed load of mixes for UK and US acts.
- Being one of the leaders of the remix trend as we know it today.
- Performing at the MOBOs.
- Starting my label with my brother and bredrin, Big League Productions.
- Working with people that you idolised as a kid.
- My son.

Key tune that you love or inspired you
This is so hard, I love so many! A key album that inspired me was Criminal Minded - Boogie Down Productions. Lyrically KRS1 was the man on this album. Production is what got me though, they had blended hip hop and reggae seamlessly. Need I say more.

What's your dream gig or collaboration?
Sometimes living out that one dream spoils the dream.

Interests / hobbies outside music
Unfortunately my life revolves around music but I do enjoy swimming.

Three rules you live your life by
1. Be as honest as possible.
2. Know your limitations.
3. Always remember those who have had your back.

When did you last flop as a DJ?
Please! Actually, no lie. It was a Friday 13th around seven to eight years ago. The crowd weren't responding to any of my usual gimmicks, hype and behaviour, but I still persevered with my set! I'm a soldier!

What's your weakness?
Saying NO... Just gotta be the good guy!

Favourite piece of clothing and why?
Gotta be my Air Force 1's. They go with anything. I even got my girl wearing them. 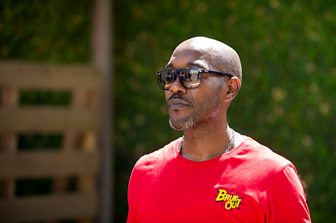