Since Andrew Marr took over the coveted Sunday morning slot on BBC One in 2005, 'The Andrew Marr Show' has become the place where top politicians make news, cultural icons inform and entertain and the UK's most influential commentators share their analysis and insights. 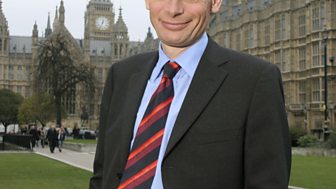 The Prime Minister, the Leader of the Opposition and other senior figures in public life frequently appear on the agenda-setting interview programme.

Memorable moments - which still resonate - include Gordon Brown announcing he would not hold an early election within months of taking office, and the Archbishop of York cutting up his dog collar in protest at the regime in Zimbabwe.

We have even broadcast the programme from the state rooms of 10 Downing Street and from the sitting room of David Cameron's London family home.

And there have been many other unforgettable appearances from stars such as Dame Helen Mirren, Annie Lennox, Robert Redford, Woody Allen, Martin Scorsese, Kate Winslet, Tom Jones, Art Garfunkel and Angelina Jolie.

Nearly two million viewers watch the show every week; its success has been recognised with awards from the media professionals of the Broadcasting Press Guild (Best Presenter), and the Plain English Campaign - which chose 'The Andrew Marr Show' as the Best National TV Programme.

Andrew also hosts BBC Radio 4's 'Start the Week' every Monday and wrote and presented his own 'History of Modern Britain' and 'The Making of Modern Britain' for BBC2, which were hugely popular with viewers and won prestigious awards from the Royal Television Society, the Broadcasting Press Guild and BAFTA.

More recent offerings include the 'Diamond Queen' documentary and he is also working on new series, 'History of the World'.

Born in Glasgow, Andrew went to school in Scotland and gained a first-class degree in English from Cambridge University.

He began his career in journalism on The Scotsman newspaper in 1981, later moving to London to become its political correspondent.

He was part of the team which launched The Independent in 1986 and returned as its editor, after a stint at The Economist magazine.

He was then a columnist for The Express and The Observer before making the move into television, as the BBC's Political Editor, in May 2000.

With his insight and unique style, Andrew quickly made his mark, winning awards from the RTS and BAFTA for this reporting, principally on the Ten O'Clock News.

He has written several books on politics and history but is modest about his achievements.

In his autobiography 'My Trade: a History of British Journalism' (Macmillan, 2004) he explained how he "stumbled" into his career:

"I couldn't sing, act, tell jokes, play any musical instrument, hit kick or catch a ball, run for more than a few yards without panting, speak another language, or assemble things without them falling apart immediately.

"I was a scientifically illiterate innocent with the entrepreneurial instincts of a thirteenth-century peasant and the iron determination of a butterfly.

"Journalism seemed the only option."

Andrew cites his hobbies as reading, cooking and painting.

He is married to the political journalist Jackie Ashley and they have three children. 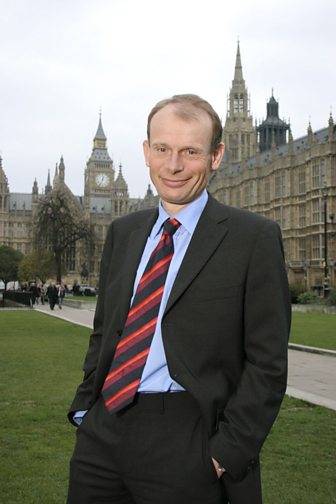