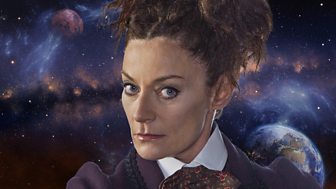 Missy is the latest incarnation of one of the Doctor’s oldest friends and quite possibly his most ruthless enemy - the Master. The Doctor was first reunited with this particular ‘version’ of his old 'friend' when Missy allied herself with the Cybermen. She planned to convert the dead of planet Earth, ‘upgrading’ the fallen into a vast army of silver soldiers. But unusually, she planned to give the Doctor this terrifying force, keen to see what he would do with such power. The Doctor shunned the opportunity, however, and Danny Pink was able to lead the ‘new born’ Cybermen, meaning Missy’s scheme was defeated. But Clara wanted revenge on the Time Lady and seemed willing to kill her. The Doctor prevented this, although before we discovered what he himself would do, a solitary Cyberman – a figure which it later transpired could very well have been the Brigadier - appeared to destroy Missy.

Well… couldn’t very well keep calling myself the Master, now, could I?
Missy

But of course, like every regeneration before her, Missy has a history of returning from the dead. Missy achieved this many times, not least when she joined the Doctor and Clara on Skaro, as the Doctor attempted to thwart Davros’ plan for Dalek domination.

Although Missy appeared cornered by Daleks in their own city with no means of escape, clearly she again defied the impossible, as the Doctor was to see her again, seemingly at the end of her life. A prisoner on Carnathon, and faced with execution at the hands of the Doctor himself, Missy was at the mercy of a precisely calibrated technology, built to disable her regenerative ability, and fated to be placed inside a Quantum Fold Chamber for 1,000 years. Unwilling to kill his oldest friend, the Doctor reached a compromise: he locked Missy into the vault and vowed to guard it until she could reform. But could Missy really learn to be good?

Slowly convinced by her increasingly uncharacteristic actions that Missy deserves a chance to show how much she has changed, the Doctor convinces Bill and Nardole to allow him to release Missy and test her in a real life and death situation. Unfortunately for everyone, the Doctor selects a distress call from a giant colony ship caught in the event horizon of a black hole that has dangerous consequences for Missy and the TARDIS crew. Face to face with a new breed of Mondasian Cybermen, the Doctor and his companions discovered that one of the passengers, known simply as ‘Razor’ was actually Missy’s former incarnation the Master in disguise! United with Missy, the two Masters joined forces to assist the rise of the Cybermen and bring the Doctor down once and for all! The Master was as nefarious as ever, but soon it became clear that Missy’s time in the vault had not been entirely wasted. The Time Lady was genuinely torn between her former life and wanting to be the friend that the Doctor has been hoping to reclaim for centuries.

In the greatest irony of all, Missy stabbed the Master in the back in an effort to stand with the Doctor during his final battle with the Cybermen. Knowing that he was about to die and regenerate into Missy, the Master took it upon himself to shoot Missy in the back with his laser screwdriver. Two Masters, dying by their own hand – a fitting end to two incarnations of one of the greatest villains in all of time and space… 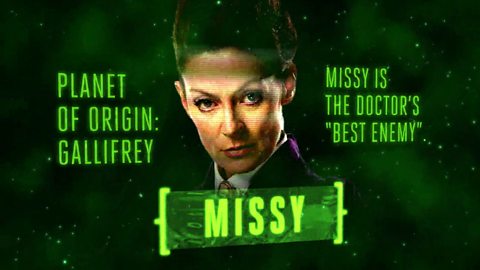 Find out what the TARDIS has on file about Missy/the Master! 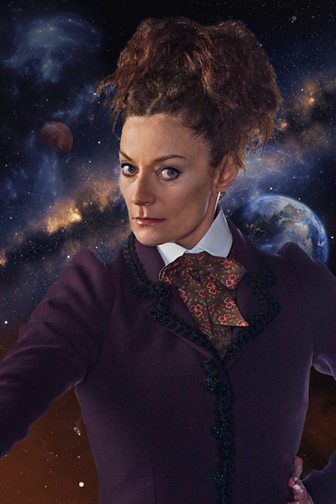