Ten tips for writing a play for radio

How do you turn your ideas into a play for radio? 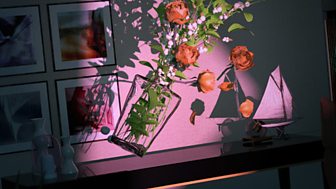 1. Grab the audience from the start

Radio Drama thrives on strong narratives. Whether you’re writing a tragedy, a comedy or a play to change the world, a great storyline will keep your audience listening. However, don’t make the story too complicated with too many themes, characters and plotlines, or the listener will get confused. Watch our video on How to Start Writing.

2. Write about something that is personal to you

Good drama is not simply about one idea but about what happens when two ideas collide. Fifty-three minutes gives you a lot of time to develop your plot and your subplot.

3. Vary the pace and length of your scenes

A radio play which has five ten-minute scenes, each set in a dining-room, is likely to be less effective than a play which varies its scenes and settings. Using a variety of backgrounds, scene lengths and sound effects will usually make the story more effective for the listener. Watch our video Creating Rhythm and Texture on enhancing the voice and making the play sound distinctive.

4. Make sure the structure keeps them listening

Think about beginning, middle and end and your play. Think about what will grab the audience in the first ten pages and then, as the play unfolds, why they should keep listening. Then think about how the situation in your play develops and changes through the middle of the play and then how it is resolved. Check that that doesn’t that feel predictable. Use the element of surprise! Audiences can begin listening at different points throughout your play, so you need to think about what will hook them in throughout the story and then what will keep them listening to the end?

5. Get under the skin of your characters

Get to know them really well. Each will have their own individual speech mannerisms. Don’t have them all speaking in your tone of voice.

Aim to have up to six key characters - but please don’t have main parts for children as these are very difficult to cast. You can also have some small ‘doubling’ parts that only have a few lines each and can be played by the same actor who ‘doubles’ roles.

Watch our video on Writing in a Second Language

6. Express your characters between dialogue and interaction

If you want to have one central character, think about how you can express character through dialogue and interaction with other characters, rather than them talking out loud to us for long periods. Fifty-three minutes of listening to one voice, even with the best actor in the world, is tricky to sustain! So, if you want to say that Nnedi has a difficult relationship with her mother, write a scene where they have an argument, rather than putting it in Nnedi’s narration. In the same way, show us moments of action and don’t report them: this is more dramatic (and therefore more interesting).

Don't have characters telling each other information they already know. Even if this seems to be furthering the plot - characters should speak to one another.

If you haven’t written your play specifically for radio, please re-work it for radio – and remove references to stage, film or video. If you’re thinking of submitting a stage play you’ve written, it’s worth going through it to make it radiophonic. Some things just don’t work on radio. For example: “ Matt shakes his head”, but you could change it easily by giving Matt the line ‘No’. Watch our video on Special Effects and Sound for more tips on this.

8. Express the visual elements in a subtle way

Think about how to express visual elements of your play in a subtle way to help the audience imagine the story you are telling. If you have a very visual idea that you want to write about – perhaps a fantastical creature – think how, without visuals, you can make the audience understand who or what is speaking. For example, if a butterfly appears and starts talking – how are the audience going to understand that it’s a butterfly? It can work, but you’ll need to find a way to establish this clearly, using sound only.

9. Concentrate on your presentation

Find examples of scripts that have been broadcast on BBC Writersroom.

If you enjoy it, the chances are that other people will too.

If you’re not able to write your story down in a short synopsis, it means you haven’t quite worked out what the story is – so keeping working at it until you have. Try to write it in one sentence too. A synopsis is a description of the plot of your play, not an artistic “statement of intent”. Sometimes as you write, the story may change, so check when you’ve finished that your synopsis reflects your play.

• Submit an online application form or download an entry form. 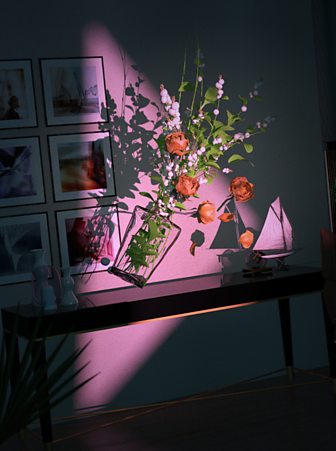