Beginning his career in Scotland in 1992, Mark has gained success throughout the UK and Australia. 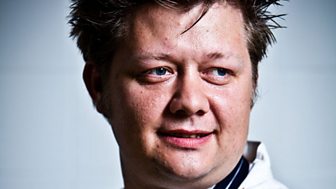 For five years (1999 - 2004) Mark developed his style and ethos as a Chef in Sydney, Australia. Working in a range of top establishments, he added a variety of techniques and trends to his repertoire.

Returning to Scotland, Mark set about creating his high standards in Glasgow, reaching top awards in Room Restaurant @ One Devonshire Gardens, Kilcamb Lodge Hotel in Strontian and The Dryburgh Abbey Hotel in the Scottish borders.

In 2011, Mark launched his eponymous restaurant in Edinburgh and the following year was the only Scottish chef to be newly awarded 3 Rosettes from the AA for cuisine. In January 2013 Restaurant Mark Greenaway relocated to a more central location on North Castle Street in Edinburgh’s New Town.