Ricky Martin is the winner of the Apprentice 2012! 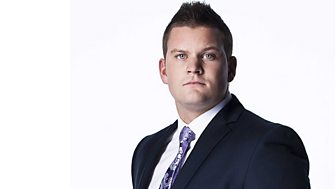 The reflection of perfection? Nobody's perfect, but for all his self-generated hype Ricky Martin had the actions to back them up and propel himself to victory. Fresh from winning The Apprentice, Lord Sugar's new business partner discusses his highlights, the lessons he learnt, why he used a series of cheesy catchphrases and how he really feels about scallops and strategies…

Firstly, congratulations Ricky! How does it feel to be Lord Sugar's new business partner?

It feels fantastic. It is a life's dream. I've always wanted to run my own business and who better to do it with than Lord Sugar? I think we're going to be a lethal combination. The focus now has to 110% be the business. So I'm retired from the wrestling ring and focusing on the boardroom.

I was so excited to meet Margaret! I thought she was fair. Same as everybody else, she pulled me up on what I had said, like calling myself Thor.

A contrast to the dreaded Claude Littner?

Yes he can be quite direct and brutal, but I think he's very fair and what he's saying is accurate. Maybe how he delivers it is a little bit more frightening than what you might get in a general interview situation. I said 'I'm ready for a fight', but yeah I was terrified!

He branded you an "arrogant fool" before warming to you. When did you realise you were in for a tough battle?

When I sat down and Claude's opening gambit was "I've been looking forward to this," I knew what I was in for. Then he started picking on the application form and by my own admission it was horrific.

In terms of this self-representation, how do you now view lines like 'I am the reflection of perfection' and 'witness the fitness'?

The catchphrases I used were to make me get noticed, but actually they're catchphrases I used in wrestling. It was quite publicised that I was a wrestler and I reiterated the terms I used as 'Ricky Hype' the wrestler, but forgetting that I'm going in there as a businessman who's an entrepreneur and wants to set up a company with Lord Sugar.

Was there any time in the process you thought your time was up?

A few times. I always felt like I had more to learn and more to give so I never felt like it was my time, but on the Condiments task I was at fault for not producing enough. For the English Sparkling Wine task I could have gone - it was a bad video. All of my stuff was brilliant but the video let us down and I should have learnt that mistake from the Fitness task.

It was a close call in The Final between you and Tom. What are your thoughts on the runner-up?

I think Tom's got a very bright future. He's made a good name for himself in this process and been a shrewd and smart businessman. He's shown that maybe he can panic if things don't go his way, but I think that comes down to his age. He'll mature into that.

Which candidate did you learn the most from during the tasks?

That's a great question! I think Adam certainly showed likeability. He wasn't afraid to wear his heart on his sleeve. To give everything your all whether you like it or don't know it is a very admirable trait.

Going back to the first couple of tasks – who did you think would be your biggest competitors?

Straight away I did single out Tom. I knew then he was one to beat. I certainly thought Jane and Azhar had business creditability and are both very successful.

Azhar was of course renowned for his use of the word 'strategy', which appeared to be contagious…

The 'S' word was thrown around a lot! I think what annoyed me the most was people using strategy as if it was a new term. Let's just call it a plan. Everyone was using it like it was great business talk. Too much strategy and not enough solution. But I probably used a few buzzwords at times to make it sound like I knew what I was doing!

Another 'S' word that came to prominence is scallops! Could you have managed to eat any more during the Discount Deals task?

I could have had a fourth, fifth and sixth plate! Interestingly I don't really like scallops –when I got my third plate I was laughing.

Would you have dared to tuck in if the scallops were coated in the coagulated Belissimo sauce you made?

What a question! I don't like scallops and I didn't like the Belissimo sauce. But yes. I would. I'd give it a go! I produced the sauce so I've got to eat the stuff I made – but it was far too hot for me though. I think I'd need a lot of water after eating it but I'd give it a go.

What was the biggest thing you learnt about yourself during the process?

I always felt I was capable, but I went there thinking I had to shout and tell them that I was capable rather than letting them find out. I learnt it's not what I say, it's what I do.

We bonded. It was an interesting environment because you're in a business process where there's only one winner, but actually the only sane thing outside of the process is who you're living with. So to have to make friends as well as 'beat people up' in the boardroom was foreign to me. I tried to be transparent.

Were you tempted to monitor the expressions of Nick Hewer and Karren Brady during the tasks?

I did look over at Nick and Karren, trying to be as subtle as I could, to try to get a gauge of how things were going. But you get so engrossed in the task and you're against the clock all the time, so you start forgetting about them and miss some of the famous eyebrow raises.

So where do you and Lord Sugar go from here and when can we expect to hear more about the new business?

The first thing is to get the company set up. I need to tweak the business plan to complement Lord Sugar as he's given me some good ideas across technology functions. It's very exciting and I'm looking forward to the first board meeting. I can't wait!

Your business plan was so meticulous it even included a budget for Christmas parties. So now it's reality, what kind of party do you plan on throwing?

Haha, I think first of all Lord Sugar is probably going to tell me to rein in the budget on the Christmas do!

Are funds set aside to purchase a Santa suit for Lord Sugar to wear?

No suits, no outfits. I think a nice dinner with a refined glass of wine. Maybe I'll try to enjoy wine because I don't like it at the moment.

Not even the wonders of English Sparkling Wine?

English Sparkling Wine is fantastic and that's what everybody should be going with! But I think the Christmas Party will be less expensive than on my budget report.

Finally, what advice would you give to the next batch of candidates?

Be true to yourself. Let your actions speak louder than your words. When you're in that boardroom be concise. Don't waffle. 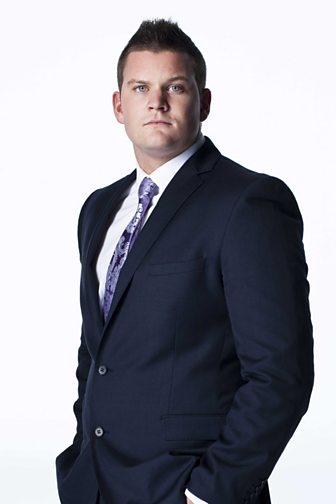