C.E. Webber was one of a group of writers whose early input into Doctor Who resulted in An Unearthly Child. Some of his ideas for the show may have been rejected, but several shaped those early serials and reading Webber’s documents and thoughts about how Doctor Who should develop, it’s easy to see his enthusiasm for the project and admire the way he was keen to push it forward. 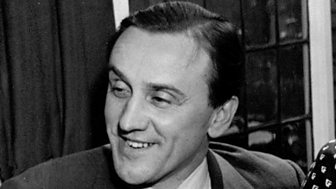 Cecil Edwin Webber (normally referred to as C.E. Webber or Bunny Webber), had been in the TV business for over a decade before he helped develop the series that became Doctor Who. His output had been prolific throughout the 1950s, working with Rex Tucker (Doctor Who’s ‘interim’ producer before Verity Lambert joined the production) on shows including, The Silver Swan, Lord Emsworth and the Little Friend and The Barber and the Donkey. He also wrote for a long list of serials such as The Silver Sword, The Riddle of the Red Wolf and Ask for King Billie and enjoyed a career writing for the stage; Webber’s plays include Be Good, Sweet Maid (1957) and Out of the Frying Pan (1960).

By the early 1960s he was a trusted and well-established writer at the BBC and he became an integral part of the development team who sought to take a general idea – a sci-fi show for Saturday teatime – and from it fashion into a workable framework for a show that would last, in Webber’s own words, ‘at least 52 weeks’. However, in an outline document written by Webber and dated 29 March, 1963, it’s clear he envisioned the show being driven by a group of Earth-based, contemporary humans who are constantly conflicting with a recurring foe.

Elements such as these were given short shrift by Sydney Newman but it’s all too easy to overlook the things that Webber got right – the need for the serials to be incredibly flexible, for instance, was a concept he emphasized unambiguously, writing, ‘It [the show] must be adaptable to any S.F. [science fiction] story, so that we do not have to reject stories because they fail to fit into our setup.’

He also stressed the need to populate the programme with ‘real characters’ and was conscious that it must appeal to all, insisting, ‘We must add feminine interest’ to ensure this. And in terms of ‘baddies’, as well as suggesting a recurring threat he did, in all fairness, advocate ‘…that we create ad hoc villains for each story, as needed. It is the Western setup in this respect: constant heroes, and a fresh villain each time.’

None of Webber’s scripts for Doctor Who made it fully to the screen but he did pen an early attempt at Doctor Who’s very first episode. In the event, only Anthony Coburn receives an onscreen writing credit from the first episode, but the extent to which Coburn and Webber ended up collaborating on that 23 minutes of TV history may be gauged by the fact that BBC paperwork (from 1963) for An Unearthly Child lists its writers as Coburn and Webber.

Away from the world of Doctor Who, Webber continued to write for television with his later credits including episodes of the BBC crime series, Thorndyke. 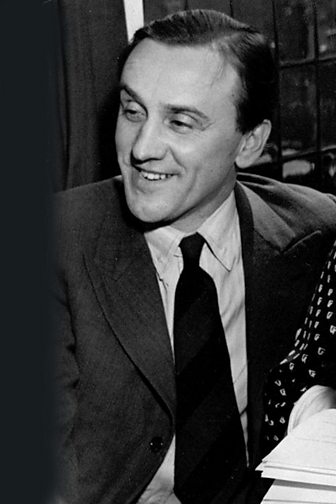