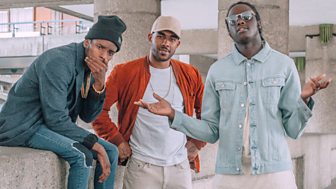 WSTRN are a collective made up of cousins Akelle Charles and Haile and their friend Louis Rei, who grew up close by in their neighbourhood of West London.

They’re so proud to be representing this area that it gave them the idea for the band’s name. “South London has had its thing, east has, north has — now it’s the west’s turn,” they told the Evening Standard. “That’s why we are called WSTRN — it’s a play on that.”

All three members had been artists in their own right before WSTRN was born and their debut track In2 was almost accidentally created in a late-night jam session. Having organically created all the ingredients for a hit record, they realised there was a future in their collaboration. Shortly after this productive session, they signed to Atlantic Records.

After In2 was uploaded to YouTube it swiftly climbed its way up to number 10 on the Shazam Urban UK chart. Radio play soon followed and they had to turn around a video quickly to capitalise on the interest.

The band do not like to be categorised into any one genre, as they feel their influences of reggae, motown, hip hop, R&B and pop music are all evident in their musical style.

“It’s an eclectic sound,” says Louis, “that’s rare, and I think that’s why it’s so refreshing. It’s genuine and it’s feel-good and there’s not much of that anymore”. 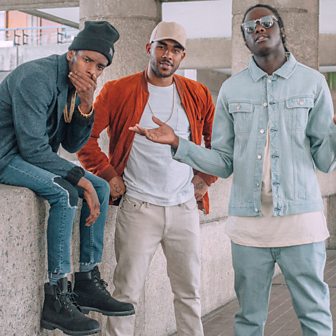