From a shabby office in London’s Victoria Street, supported by Whitehall Mandarin Mayhew, Burr runs her modest enforcement agency – at the heart of which is a private crusade to bring down Richard Roper, to Burr the embodiment of all arms-selling evil. 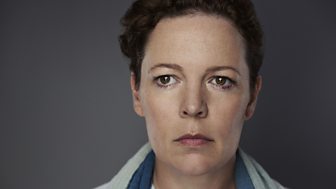 In Pine, she finds a shared conscience, though sending him into battle her integrity will be challenged, as she discovers there are rivals closer to home determined to pervert the course of justice.

Olivia Colman’s most recent television work includes three seasons as DS Ellie Miller in ITV’s crime drama “Broadchurch,” for which she was awarded a BAFTA for Best Leading Actress in 2014, and as Alex Smallbone in BBC Two’s clerical comedy “Rev.,” for which she was nominated for Best Female Performance in a Comedy Drama at the 2015 BAFTAs. Colman was also a double award winner at the 2013 BAFTAs for Female Performance in a Comedy Programme for her portrayal of Sally Owen in “Twenty Twelve,” and for Supporting Actress for her role as Sue in “Accused.” Additional television credits include: “Mr. Sloane” (Sky Atlantic); “The Secrets” (BBC One); “The Suspicions of Mr. Whicher II” (ITV1); “Peep Show” (Channel 4); “Exile” (BBC One); and “Greenwing” (Channel 4).

2015 sees Colman star in the dystopian romantic comedy The Lobster, which was nominated for the Palme d’Or at Cannes and went on to win the Jury Prize. Earlier this year saw the release of mystery thriller feature film London Road, based on the National Theatre musical of the same title, opposite Tom Hardy.

In 2011, Colman took a leading role in BAFTA-winning Tyrannosaur, directed by Paddy Considine, for which she won a World Cinema Special Jury Prize for breakout performance at Sundance, and Best Actress awards at the British International Film Awards and Evening Standard British Film Awards.

Prior film credits include: The Iron Lady, Locke, Cuban Fury and Hot Fuzz. 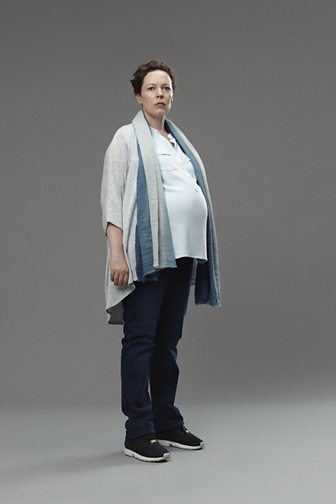