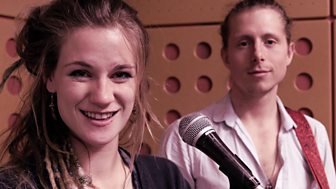 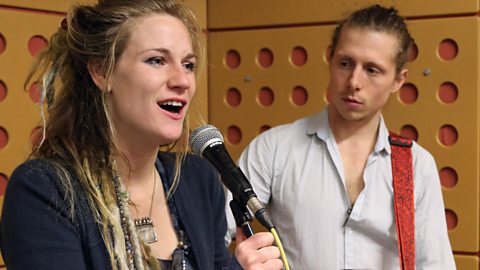 Listen to Dulcima’s entry for Eurovision: You Decide 2016, When You Go

Dulcima Showan aged 23 met songwriter Tomas Twyman aged 27 when they were both busking on the streets of Canterbury. They officially paired up when Tom asked Dulcima, a classical violinist, to sing at a music event he was organising. The pair have collaborated ever since, launching head-first into a folk-pop project called CoCo and the Butterfields which won them the UK Live and Unsigned competition. They've gained a big following on the folk scene in the UK, performing at Glastonbury, Bestival, Cambridge Folk and the Isle of Wight festivals.

We are honoured, nervous and psyched to get the chance to represent the UK

Tom penned the track When You Go for Eurovision: You Decide and the duo say the song is about having the courage and strength in the face of losing someone special. "Whether that be a break up, saying goodbye or losing a loved one, you can always find the light at the end of the tunnel. The song aims to help people feel better about those kind of situations!"

Dulcima describes Tom as "a lively, lateral thinking and inspiring person whose drive and ambition will get him anywhere he wants to go".

Whereas Tom says... "I would describe Dulcima as incredibly creative, infinitely intriguing and really good at drinking red wine." 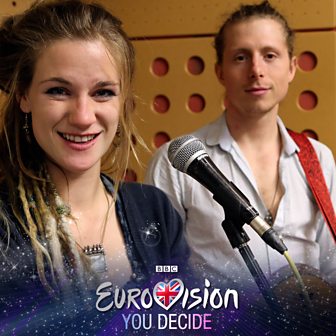