Fiona Bruce is one of the country’s top journalists and presenters. 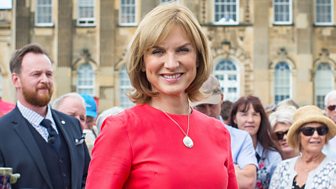 She regularly presents both the BBC News at Six and BBC News at Ten, and co-hosted Crimewatch for eight years. Fiona has been a journalist at the BBC since 1990. Starting as a researcher on Panorama, she soon progressed to become a reporter on prime-time current affairs series, including Newsnight and Panorama. For four years, she presented and reported on her own investigative current affairs series, Real Story, which won five awards from the Royal Television Society.

In 2001, Fiona became the first female presenter to be part of the BBC’s general election studio team and she has won three Newscaster of the Year awards from the Television and Radio Industry Club. Fiona has also presented a number of arts documentaries for the BBC, most recently Fake or Fortune? for BBC One which she co-presents with Philip Mould.

Fiona joined the Antiques Roadshow as the presenter in 2008. One of her favourite things about working on the Roadshow is that she never knows what's going to turn up or what she will be filming that day – “it's all spontaneous and entirely unpredictable”.

A typical Roadshow day for Fiona starts with a brief press call for the local media. She then gets stuck into finding out what's turned up and talking to visitors about what they've brought along. When she’s not filming, she works at the reception desk which is where we get our first look at what items have been brought in.

Fiona’s most memorable (and unusual) find on the Roadshow is a desiccated caul – it’s a foetal membrane that was once a pretty valuable commodity, and it was even thought to protect the owner from drowning! 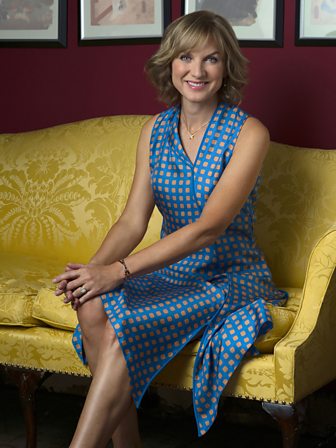