After the Mire took the village’s most able warriors, the chances of survival for the remainder looked bleak! But the Vikings that looked to the Doctor for leadership all had qualities that would help defeat Odin and his mighty soldiers! 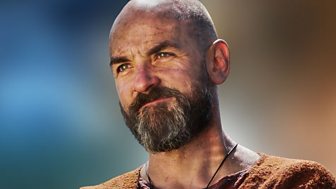 The Doctor paints Einarr as a grumpy, gruff, Viking who refuses to follow commands, and nicknames him ‘Chuckles.’ But Ashildr’s father, Einarr, has a softer heart than he lets on, and loves his daughter Ashildr very much.

I cannot keep you safe… But I will try to until the last beat of my heart.

Although Chuckles was not considered a worthy warrior by the Mire, he had a key role in overthrowing their attack on the village - Chuckles electrified the anvil which stole the Mire's helmets from their heads.

Chuckles is devastated when Ashildr dies, little knowing that the Doctor will always do what he can to save people… 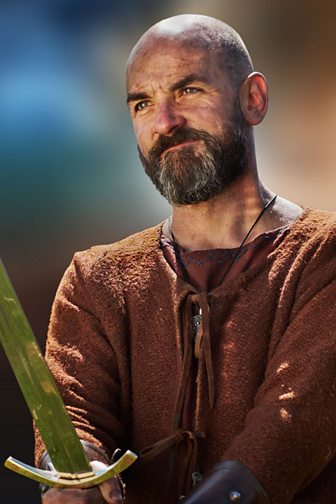