Newcomer to the competition Guy is the steely Executive Chef of the St Enodoc Hotel overlooking the Camel Estuary in Rock, Cornwall. Prior to this he spent four and a half years as Head Chef of the Idle Rocks which was awarded Seafood Restaurant of the Year in 2018 and was in the top 100 Restaurant guide. Although originally from Hampshire, Cornwall has been his home for the majority of his life.

Guy has worked in many Michelin starred restaurants including cutting his teeth at The Driftwood with Chris Eden and under Michael Caines at Gidleigh Park.

Guy’s style of cooking celebrates the Cornish coast’s finest produce; he is also fond of telling stories in his dishes and reading to his young son which plays to his strength for the children’s literature theme this year. 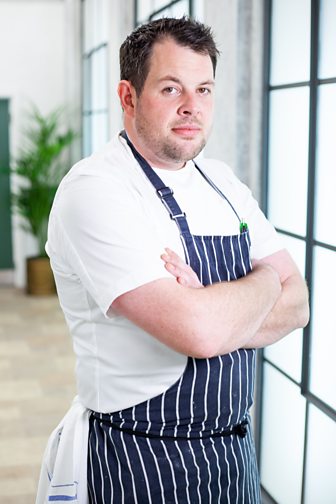