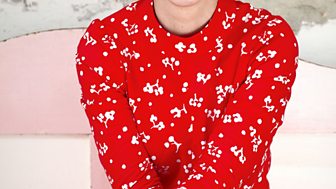 Edith began her life treading the boards as a fisher lass in the coastal village of Anstruther.  It took years to eradicate the presence and fervent smell of fish (the aquatic creature, not the former lead singer with Marilion) from her life and it seemed her love of music was to be her saviour.

Leaving the fishing life behind it was MTV where Edith first started her career fronting the channels news programme,  Daily Edition.  This then lead to her co-presenting MTV’s Hitlist UK with another, then unknown,  presenter Cat Deeley.  It was here at MTV that Edith was introduced of the joys of a musical festival and since then, she has been seen at times being utterly unprofessional but mostly professional presenting from the likes of Glastonbury, Reading and Leeds and T In The Park for the BBC.  Other music shows have included Top Of The Pops (BBC1), New Kings Of Rock ‘n’ Roll, and 4 Music Specials (C4) and The Evo Rooms (C4)

Not wanting to be pigeon holed as only pretending to know about music,  Edith has also presented Rough Guide To The World (BBC2), RI:SE (C4), BAFTA Film Awards (BBC3) BBC1's live coverage of the Royal Wedding and The Vue Film Show (C4)

In 2003 she joined Radio 1 to co-host the Colin and Edith show with Colin Murray and from 2006 Edith flew solo with her weekday Edith Bowman Show 1pm – 4 pm as Colin decided he loved Sport more than music. Since April of 2012 Edith has hosted The Radio 1 Review Show on a Tuesday night.  And that brings us right upto date as she embarks on a new adventure co-hosting a show with Mr Buggles on 6Music, soon to be the best radio show in the universe!! 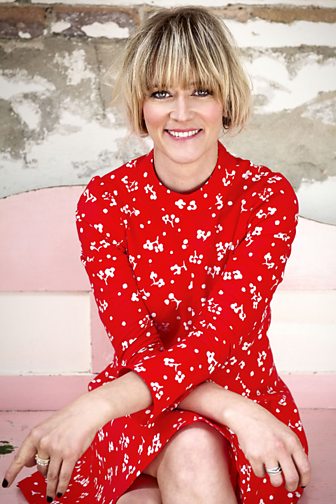