With great tactical knowledge, skill and compassion, the General was one of the Doctor’s allies when he returned to Gallifrey, little knowing the change the returning Time Lord would trigger… 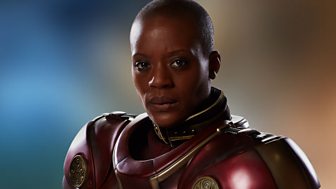 The General rose to prominence during the Time War as the military commander who led the War Council. He was instrumental in coordinating the Gallifreyan military defences against the Daleks in the final days of the Time War. It was to the General that the Doctor explained his plan to save Gallifrey by freezing it and shifting it to a pocket universe at the end of time.

You think you know him. But I’ve seen him fight. Haven’t I, Doctor?

When the Doctor finally escaped his confession dial, in which he had been imprisoned by the Time Lords in the hope of learning more about the mythical Hybrid, he found himself back on Gallifrey and that the General was still leading the military. The General’s submission to the Doctor on his return ultimately confirmed the fall of the Lord President, Rassilon, and the succession of the Doctor in his place.

The Doctor agreed to assist the High Council in learning the true identity of the Hybrid. To do this, he claimed that Clara Oswald had vital information and insisted she be extracted from the point of her death and brought to him on Gallifrey. The General facilitated this, but quickly discovered that the Doctor had merely lied in an extraordinary attempt to save Clara.

The General insisted that any attempt to prevent Clara’s death as an established historical event would have grave consequences for the timeline. Unperturbed, the Doctor shot the General, causing him to regenerate into a woman once again. The General continued to pursue the Doctor, but his escape through the Cloisters and theft of a TARDIS meant that he and Clara ultimately eluded her. 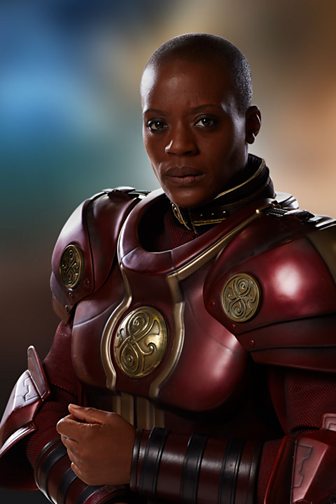