Elizabeth is as strong-willed as Tommy, so they are perfectly matched and she loves him deeply. She has lived life and was married previously in England, but now she has found the love of her life in Tommy. Elizabeth has a great friendship with Freeman, and hardly realises how much she turns to him to work problems out. Elizabeth knows the strengths and weaknesses of both these men; there is strength in this triangle of characters, because of their great friendship. 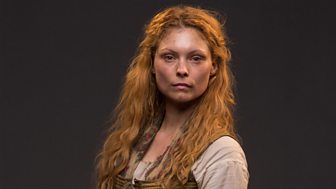 Elizabeth is completely and utterly in love
MyAnna Buring

"Elizabeth is a cockney; a city girl who finds herself in this incredibly beautiful but also perilous environment. In our story she met and fell in love with Tommy Barrett on the journey to Australia from England. Despite going through terrible hardship – being a prisoner on the other side of the world, far from home, starving, and scared – she is nevertheless driven and buoyed by the fact that she is completely and utterly in love."

MyAnna Buring is Swedish actress who grew up in the Middle East and moved to England when she was sixteen. She graduated from the London Academy of Music and Dramatic Art in 2004 and has since then appeared within a number or television and film productions.

She started her television career by appearing in the 2006 two-episode Doctor Who story as well as starring in a production of Shakespeare’s Twelfth Night where she played the part of the wealthy countess Olivia. In 2012, Buring had significant supporting roles in the BBC serial dramas Blackout and Ripper Street as well as playing the role of maid Edna Braithwaite in ITV’s Downton Abbey Christmas Special episode and in the fourth season.

Buring starred in the blockbuster franchise The Twilight Saga: Breaking Dawn Part 1 and Part 2 as vampire Tanya. She is the associate director of The MahWaff Theatre Company for which she has appeared in a number of productions that have been produced by them. 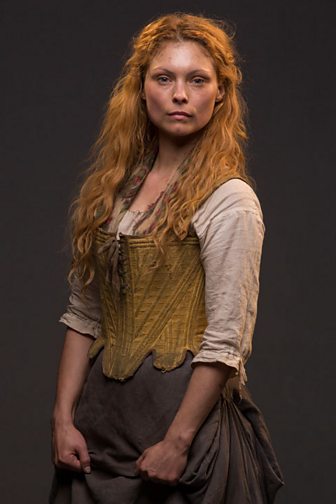