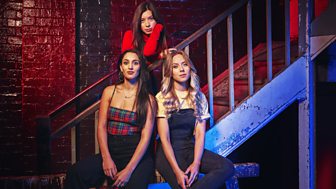 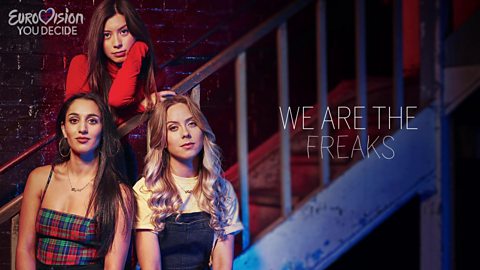 MAID are Blythe, Miracle and Kat who hail from Edinburgh, Devon and Bristol respectively. They formed the band in 2018 after meeting at drama school and while performing in the West End. All three members are all classically trained musicans and write their own music. They describe their musical style as Billie Eilish meets Sigrid and are currently writing and recording their first EP. The band name is a play on the idea that they’ve often found themselves as understudies, and they liked the idea that maids are often in a secret society gossiping about the families they serve.

Freaks is about celebrating everyone’s individual personality, about the people who maybe don’t fit in and it’s about bringing everyone together

Miracle’s full name is Miracle Chance and her brothers are called Brave and Silver. Miracle is the lead writer and producer of MAID’S music. She readily admits that whilst she’s the creative one, she’s also often "away with the fairies.”

Blythe has been in musical theatre since she was 14 and is a pro-roller skater, helped by a starring role in Starlight Express in Germany. She’s currently appearing in Aladdin in the West End. She's also understudy for the character Jasmine, who by coincidence is played by 2009 UK Eurovision alumni, Jade Ewen. Blythe is in charge of MAID's look and the group's social media.

Kat is half Norwegian and speaks the language fluently. She plans the violin like her Dad and brother who are both classical violinists. She recalls massive Eurovision parties in Norway out on holiday huts in the Fjords. Kat’s been in various West End shows (Once, Brief Encounters) and is the business head of MAID – highly organised, and she keeps the others in check. 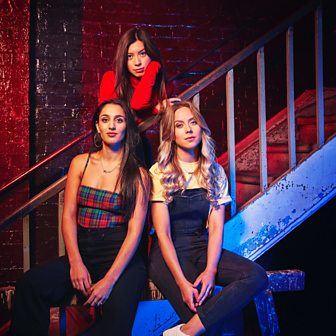