Monty Don is a well-known garden writer and broadcaster. In 2011, he returned to the BBC’s flagship gardening programme Gardeners’ World, which he presents for the first time from his garden in Herefordshire. He has also recently made another BBC series, Monty’s Italian Gardens, which aired in spring, 2011. He was brought up in Hampshire, educated at a variety of schools and at Magdalene College, Cambridge. He and his wife, Sarah, set up and ran a costume jewellery business in the 1980’s but since 1988 he has worked full-time as a gardening author, journalist and broadcaster. 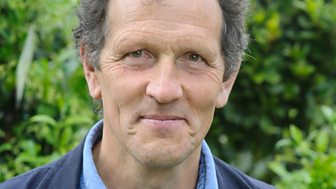 Monty has gardened on television for over twenty years. He began on Granada’s “This Morning” and has worked continually on television since, including the lead presenting role on Channel 4’s Real Gardens, Fork to Fork and Lost Gardens and Around the World in 80 gardens as well as the BBC’s Gardeners’ World from 2003 – 2008. He recently fronted two new series; My Dream Farm for Channel 4 and Mastercraft on BBC Two and appeared on BBC One′s Who Do You Think You Are?

He was The Observer’s gardening editor from 1994 to 2006 and has written a gardening column for the Daily Mail since 2004. His first book, The Prickotty Bush was published in 1990 and there have been 15 more since – two with his wife Sarah .

He loves hedges, woodland, topiary, vegetables, fruit and all plants that capture a season, mood or spirit of place. He loathes houseplants, begonias and horticultural pedantry. His favourite gardeners are Derek Jarman, Juan Grimm, Jacques Wirtz, Fernando Caruncho and his wife Sarah. His favourite garden jobs are planting and cutting anything from grass to logs. For the past 30 years he has dreamed of making a second garden in the sun in which to spend his winters. He is still dreaming. 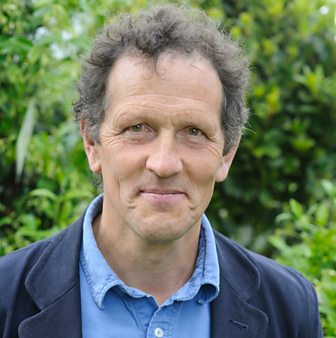