While she is 'Auntie Chris' to many, Christine has felt lonely in recent times. 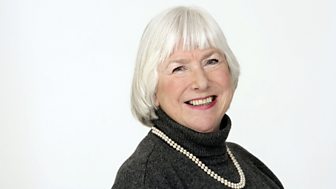 The youngest child of Dan and Doris Archer, Christine gained two sisters-in-law in Jill (who married Phil) and Peggy (who married Jack). She soon developed a close friendship with Jill and she now lives with Peggy.

After Woodbine Cottage was devastated by severe flooding in 2015, Christine couldn’t face returning there and a burglary during its repair was the final straw. She considered moving to a care home before Peggy invited her to live at The Lodge and she let Woodbine Cottage to Fallon and Harrison.

Over the years she has had more than her share of trauma. Clive Horrobin, who had a vendetta against her and her husband George, targeted their home with a petrol bomb. Then the sudden death of George put paid to their dream of retirement in a newly-built house.

But Christine has remained stoical throughout, despite having to hand over her beloved Stables to her niece Shula and give up the riding she adored due to a persistent back problem.

Christine is a likeable, reliable, capable person, very like her mother Doris. Sadly she doesn’t see much of her son Peter, but I’m sure she is a good mother.

Lesley Saweard was trained in elocution and drama but as she lived near a small market town in Lincolnshire had never thought of becoming a professional actress. She taught and appeared in the local amateur dramatic society ‘Playgoers’, with whom she played Portia in The Merchant of Venice.

In 1953 when she was nineteen she was asked to fetch Denis Folwell, who played Jack in The Archers, from Lincoln station; he was opening a fete for a local charity. He remarked on how similar her voice was to that of Pamela Mant, who was at that time playing Christine. She replied jokingly “let me know if she’s ill”!

Soon after that, Pamela left rather suddenly and at Denis’s suggestion Lesley was called for audition, along with twenty others. She was pronounced a perfect voice match and the change in actress went unnoticed.

To go from provincial schoolteacher to acting in the most famous radio serial in the world made her incredibly nervous, but she coped and settled in to her new life.

In 1954 an actor called Geoffrey Lewis joined the cast, playing the irascible Dr Cavendish. Lesley and Geoffrey fell in love and married in 1956. They had a son and a daughter and remained happily married until Geoffrey died in 1997.

Lesley left London and returned to her native Louth. She has lived there ever since, in a small village a bit like Ambridge. In fact a farmer who lives nearby reminds her very much of Joe Grundy!

Representing The Archers at a Women’s Institute AGM and being applauded by the entire Albert Hall.

Being presented to Prince Charles and reminding him of the name of his house in the Isles of Scilly – he couldn’t remember it!

After the recording of Grace Archer’s death, one reporter who came into the studio trying to phone in her story on the prop telephone!

Playing many different voices and accents; I once played an old boiler and I don’t mean a chicken…

...have an affair with Joe Grundy! 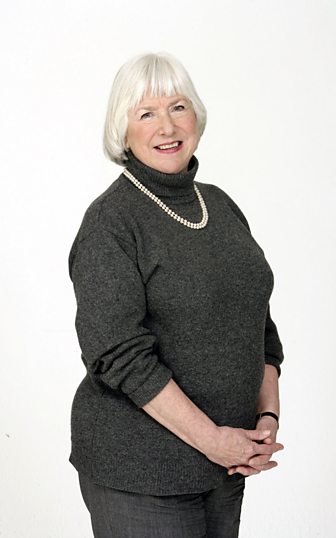