Rodolfo Orozco Vegas has always had a passion for wildlife. 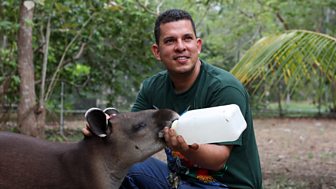 His parents split up when he was young and he spent his time between the city where his mother lived and a beautiful plot of land in the forest on the border with Nicaragua where his father lived. It was his visits to his father’s house that sparked his interest in nature.

He would often spend holidays with his dad and he would see monkeys and macaws.

He would often spend holidays with his dad and he would see monkeys and macaws. But year after year, he saw changes occurring – trees and animals were starting to disappear and it didn’t sit right with him. He had what he calls ‘an awakening’.

Despite this, Rodolfo went away to university to study computer science. He got a job in the city but he couldn’t stop thinking about wildlife and the issues surrounding it.

Then, one day, he met someone who had set up a project to help macaws. So, Rodolfo quit his job and offered to help. His family thought he was crazy, but the results are now here to see: Santuario de Lapas el Manantial is now thriving because of Rodolfo’s passion and dedication. 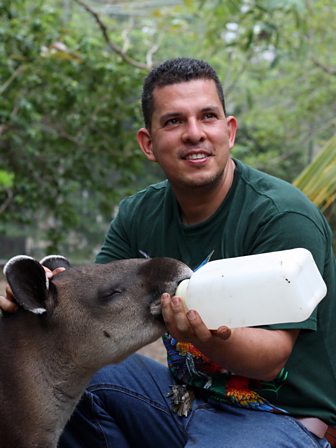