Governor Feron runs Paris as his personal playground, maintaining a corrupt grip on the city with the support of his Red Guard Bullies. 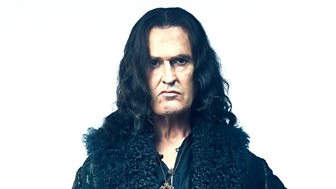 As the King’s favoured half-brother he’s untouchable – and a constant thorn in the Musketeers’ sides.

Feron’s Byronic elegance and easy charm disguise the burning shame of his illegitimate birth and the agony he suffers from an incurable spinal condition – ironically the one thing he did inherit from his father, Henry IV. Despite Louis’ patronage, Feron remains the perpetual outsider at the Louvre and feels increasingly betrayed by his royal “family”.

Feron self-medicates against the pain, drawing him into the city’s underworld and leading him to join forces with amoral gangster Lucien Grimaud.

Their combined ruthlessness and hunger for legitimate power make them a deadly threat to the people of Paris and the Musketeers’ most dangerous enemy yet.

Rupert Everett first shot to fame in 1981 in a production of Julian Mitchell’s play Another Country, later giving a BAFTA-nominated performance in the 1984 film version.

His many other film credits include The Comfort of Strangers, The Madness of King George, My Best Friend’s Wedding, Shakespeare in Love, An Ideal Husband, A Midsummer Night’s Dream, The Importance Of Being Earnest, Stage Beauty, Stardust, The Chronicles of Narnia: The Lion, the Witch and the Wardrobe, the St Trinians films, Hysteria and A Royal Night Out.

Rupert has numerous stage credits, including Pygmalion, Blithe Spirit, Some Sunny Day, The Picture of Dorian Grey, Don Juan and The Judas Kiss. His status as one of the most respected theatre actors of our time has been cemented by his recent role in Jonathan Church’s production of Amadeus.

Not only a talented actor, Everett has turned his hand to TV and documentary filmmaking, including The Scandalous Adventures of Lord Byron and Love for Sale. He has also published four novels and two critically-acclaimed memoirs. 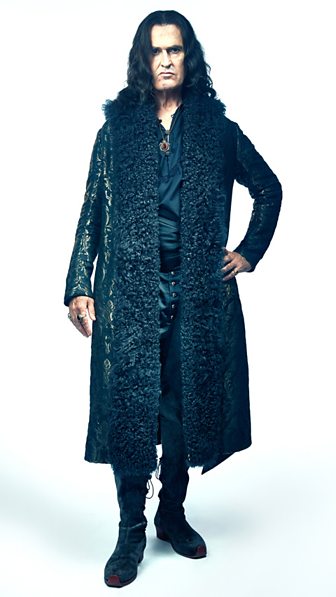