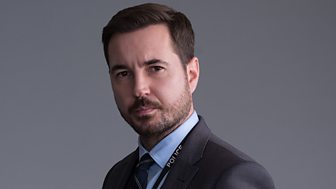 Now considered one of AC-12’s leading investigators, Steve is hoping to get promoted.

Where do we pick up with Arnott and AC-12 this series?

A bit of time has passed since the end of series three, we’re all back at the office, and Steve’s back in his waistcoat being his arrogant little self again. He’s really pushing for a promotion and things are just a wee bit frosty between him and Kate. They always have that love/hate relationship, when they really need each other they are there for each other but they really can annoy each other at times. They were probably my favourite scenes, when Vicky and I are getting on each other’s nerves.

We seem to see a different side to Arnott each series, is this the case in series four?

I love playing him, I genuinely do. It’s a really tough part at times because he’s the moral compass of the story and a lot of the information comes through him. As ever with Line Of Duty, there are some big shocks to come and people are in for a few surprises.

You’ve played him for four series now, does it take a while to get into character or do you feel like him again as soon as you’re back on set?

The accent is a big help for me so a couple of weeks beforehand I start practising the voice. When I put that voice on and then when I put the costume on I do feel myself slipping into AC-12 mode.

Do you stay in the accent throughout filming?

I try – I still speak Scottish to my wife and my Mum (they probably wouldn’t speak to me otherwise) but I try as much as possible to stay in character just because the language is so challenging. They’re amazing scripts but they’re so in depth, complex and full of police jargon that you really need to keep on top of the voice work. I’m not as militant as years gone by.

Does the fact you’re so close to Adrian and Vicky help with the AC-12 scenes, especially the interrogation ones?

We owe a lot to Lennie James; Lennie set the standard for it. The first one we ever did was me, Adrian and Lennie and Lennie insisted we did it straight through.

Adrian, Vicky and I go to each other’s flats to run lines as we all live in the same building when we’re filming. They’ll do a bit more cooking than I will but I actually cooked for them for the first time this year! 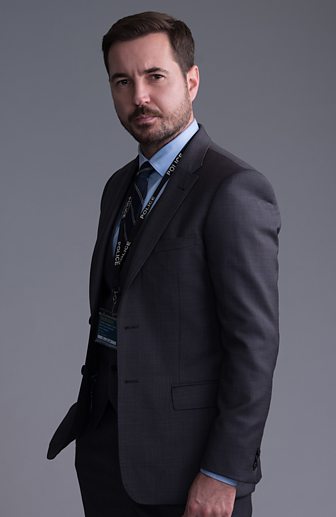