Governor Phillip is the fair and pragmatic governor of the colony. He has an uneasy relationship with Ross, who is his deputy. The hierarchy is clear, but Ross is in charge of armed, fighting men and Philip knows that he needs him. Philip feels that this is a penal colony, but also has a core belief that it could be the birth of a nation. Philip has come to rely on the quiet friendship and support of his housekeeper Deborah. 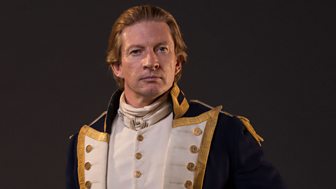 Governor Phillip was somebody with great vision and foresight
David Wenham

"Philip as a modern man. I think he was way ahead of his time in lots of ways. His thinking was very egalitarian. He wanted to start a society here that was based on a form of equality. His thinking about the indigenous population was also way ahead of its time - and in fact way ahead of a lot of people’s thinking even now. He was somebody with great vision, with great foresight, and was also a compassionate man. I see him as a visionary."

David Wenham is an Australian actor who has appeared across film, television and theatre productions. Born in Sydney, the youngest of seven children he started his career as an actor after leaving school and graduating from Theatre Nepean at the University of Western Sydney.

He started his television career by staring in a number of telemovies in Australia and won an Australia Film Institute award for his role in the 1996 telemovie Simone de Beauvoir’s Babies. From there Wenham went onto appear in Australian films such as the critically acclaimed 1998 film The Boys and is probably best known for playing the role of Faramir in the Hollywood films The Lord of the Rings: The Two Towers and The Lord of the Rings: The Return of the King.

His film credits also include starring roles in Van Helsing opposite Hugh Jackman, Moulin Rouge and the fantasy war film 300. In 2009 he acted as the lead actor, Jerry Springer, in the British musical Jerry Springer: The Opera. Wenham is also a model and is signed to Storm Model Management in London. 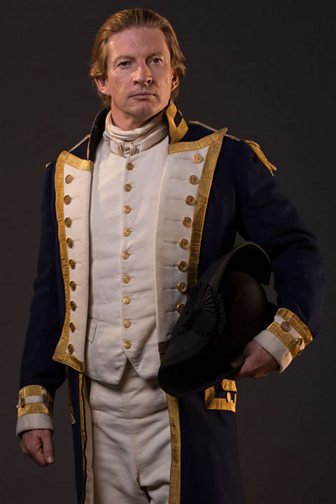