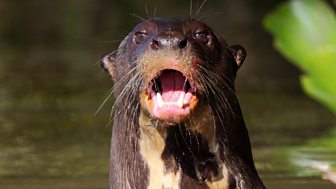 Giant otters live up to their name. Their huge size really strikes you when you first catch sight of them. Fully grown they are almost 2 metres long. But what the film crew and the viewers will remember most is their noise. There really is nothing else on the planet that sounds like a giant otter. They have an incredible variety of extremely loud calls. 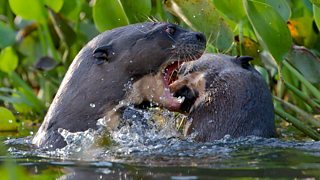 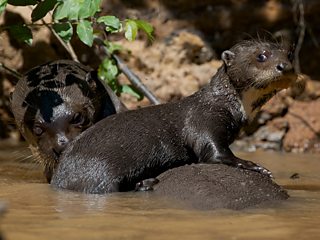 They live in large groups, as many as 17 animals in one family. They use their calls to communicate with each other while they are out and about. They are one of those creatures that simply can’t be quiet, even in their holt (burrow) sleeping you can hear them constantly grunting and farting. Without doubt the most dramatic use of their vocalisations is when they come across a jaguar.

More than any animal filmed for Wild Brazil, giant otters lives are affected most by season and water levels. Predicting where and when they would give birth was a huge challenge. All the more remarkable then that the crew managed to film the moment when a new born kit was taken outside for the very first time. 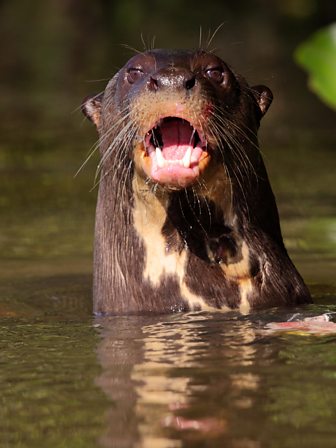