Is she The One to Show the others how to dance? 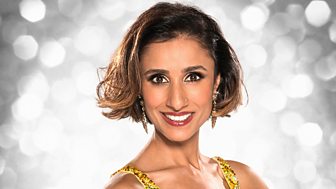 Anita Rani is a bubbly and energetic presenter best known for her work on BBC One’s Countryfile, Watchdog and The One Show.

I’ve never been a spray tan and sequins kind of girl. But I’m ready to shock everyone who knows me by diving head first into the glitter!
Anita Rani

Rani grew up in Bradford, Yorkshire with her Sikh mother, Hindu father and brother Kuldeep. Many of her weekends as a child were spent with her family going for long walks in the beautiful countryside surrounding the city.

From an early age she developed a passion for journalism. Amazingly she was just 14 when she hosted her first show on Sunrise Radio, a local station in her home town. After leaving school Anita pursued her love of all things media by studying for a degree in Broadcasting at Leeds University.

From university, Anita worked as a researcher for the BBC and other media organisations, but it wasn’t long before her talent was spotted and soon she was in front of the camera.

In 2002, Rani presented a live news and entertainment programme on Channel Five called The Edit. This was followed with her own radio show, Hot Breakfast and later, Anita Rani on the BBC Asian Network. She hosted various other TV projects including, Desi DNA, a programme covering British-Asian art and culture and The State We’re In, a cutting edge satire show on BBC Three.

Her next big break came when she became the host of Channel 4's Four Rooms, a show in which members of the public try to sell their valuables to one of four specialist dealers. Since its first airing in 2011, Anita has filmed five series of the popular programme.

But she hasn’t allowed herself to be pigeonholed, and has found herself presenting a wide and eclectic range of shows, from Cricket AM for Sky Sports, Rogue Restaurants for BBC One, The Great Culture Quiz for Sky Arts and Escape to the Continent for BBC Two.

She has also been allowed to show her serious journalistic side by fronting BBC Two’s Four Wheels series looking at the impact of the motor industry in China, Russia and India, as well the BBC One documentary Make Me White investigating skin lightening within the Asian community.

Anita is well known across BBC Radio network, having presented World Have Your Say on the BBC World Service and Weekend Breakfast on Radio Five Live as well as frequently being asked to cover various shows on BBC Radio 6 Music and deputising for fellow Strictly celebrity Jeremy Vine on BBC Radio 2.

In 2008, Rani joined The One Show as a roving reporter, showing she could report on subjects as varied as Human Cannonballs to Stem Cell Research. The next year she was asked to co-present the consumer affairs programme Watchdog alongside Anne Robinson, succeeding Julia Bradbury.

Anita admits to loving the thrill of live presenting and in 2011 she landed the sought-after role of being part of the presenting team for the Royal Wedding coverage for BBC One, broadcasting live to millions worldwide. She was given a prime spot outside the Goring Hotel where Kate and the rest of the Middleton clan were staying and from where she left to go to Westminster Abbey. Anita got a first glimpse of that dress!

Anita became the newest member of the Countryfile team in the summer of 2014, joining up with former Strictly runner-up Matt Baker.

Recently Anita, along with Dan Snow, Robert Llewellyn and John Sergeant, has been in India, looking at the The World’s Busiest Railway on BBC Two.

We know Anita has nerves of steel when it comes to talking to millions of people during live broadcasts, but how will she fare when you add a few complex dance moves? 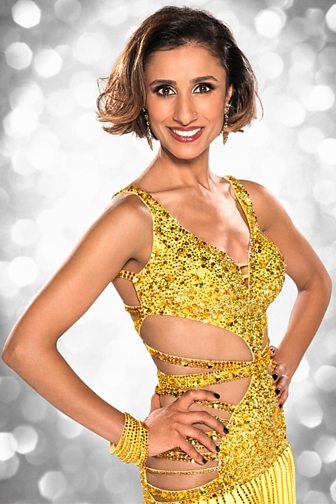