When BBC Controller of Programmes Donald Baverstock told Sydney Newman that a new programme was needed to fill a gap in the Saturday evening schedule, Newman was keen to develop a sci-fi show and hired Verity Lambert to produce it. The seeds of Doctor Who had been planted… 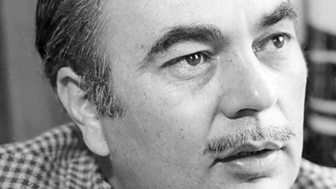 Sydney Newman was born in Toronto in 1917. He was barely out of his teens when he joined the National Film Board of Canada, rising quickly through its ranks until he was in charge of training films for the armed services and overseeing the propaganda series, Canada Carries On. In 1952 Newman carried on and got his first big break in TV, landing a job working at the Canadian Broadcasting Corporation (CBC) and only two years later he became the organisation’s Supervisor of Drama Production.

Many of plays Newman produced during his time at the CBC were bought and screened by the BBC and the exposure this gave him in the UK resulted in a job offer from the Associated British Corporation (ABC). Newman accepted and moved to England in 1958.

Whilst head of production of ABC’s Armchair Theatre his output included the first televised plays of writers including Harold Pinter and Angus Wilson. The programmes were popular with critics and drew in big audiences… Their success did not go unnoticed and only four years after his arrival in the UK, Newman joined the BBC, having been handed the task of revitalising its drama slate.

When Baverstock tasked him with developing a new show for Saturday teatime, Newman was drawn to the idea of an adventure series with a sci-fi premise. He later revealed where his interest in the genre stemmed from: ‘I love them [science fiction stories] because they’re a marvellous way - and a safe way, I might add - of saying nasty things about our own society.’

In 1963 Newman hired Verity Lambert (with whom he had worked at ABC) to produce Doctor Who and during its inception and early months he was one of its biggest champions. He also ensured it did not go down the path some of the show’s developers suggested and his vision moulded the central concept of the Doctor and the overall narrative structure of the show. He rejected the idea of a single nemesis threatening the crew of the TARDIS in every adventure, for example, and crucially, he wanted Doctor Who to be unlike anything the BBC had ever created, mixing the overtly Boy’s Own nature of so called ‘Saturday morning serials’ with an intelligent approach to drama and educational story-telling. Without a doubt, Sydney Newman was a huge factor in making Doctor Who so strikingly innovative.

The following year Newman helped launch The Wednesday Play, the BBC’s acclaimed anthology series that gave breaks to talents like Ken Loach and Dennis Potter. Not all his work was so highbrow, however, and his CV includes entries such as Adam Adamant Lives!, that wonderfully fun and frivolous slice of 60s pop culture.

In 1970, on the very day that the first colour episode of Doctor Who was transmitted, Newman left England and returned to his home country, eventually becoming Chairman of the National Film Board of Canada. Two years later he also became one of the directors of the Canadian Broadcasting Corporation and in 1991 he was given his country's highest honour, the Order of Canada – a fitting salute to a man who had contributed so much for so many years. 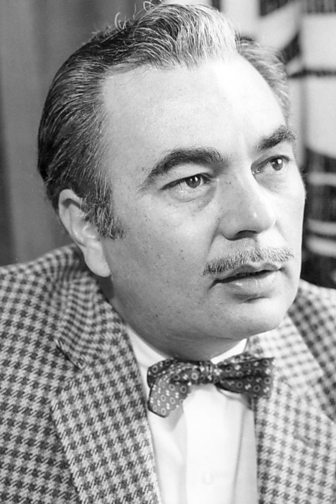