Anthony Moon's a good looking, well groomed (i.e. vain) young lad. Though he tries to compete with his brother Tyler as a committed skirt-chaser, Anthony's actually a romantic and is on the look-out for true love. 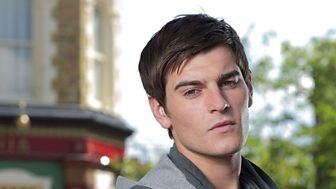 ﻿Even though he's riddled with insecurities (and is a bit of a hypochondriac), Anthony uses his sarcastic wit to cover it up. Like his cousin Alfie, Anthony's got banter, which was ideal for his job - flogging antiques in the Emporium.

The Emporium was just the start of things, as far as Anthony's concerned. He has a sound business brain and hopes his school qualifications will take Moon and Sons to the next level! He dreams that some day his brother Michael will be coming to him for advice. Might be longer than he thinks, though...

Anthony likes to think of himself as the level-headed brother. He's always sorting out Tyler's problems, but in his mind, that's what big brothers are for.

But Anthony is the source of a fair share of their problems. When the Moon boys found themselves indebted to sinister Derek Branning, Anthony nearly got them both kneecapped by trying to woo Amira, rather than pay off their debt. In fact, there is a distinct danger that Anthony's romantic nature could well be his undoing some day.

The lucky lady who falls for Anthony will find herself treated like a princess. Unfortunately that wasn't good enough for Amira, who left Anthony heartbroken. It looked like happy ever after was calling when Anthony finally started dating Alice, but her brother Joey and dad Derek has other ideas... Derek organised a poker game and raised the stakes too high, causing Anthony to loose his family buisness. Anthony fled The Square, leaving brother Tyler behind to pick up the pieces. 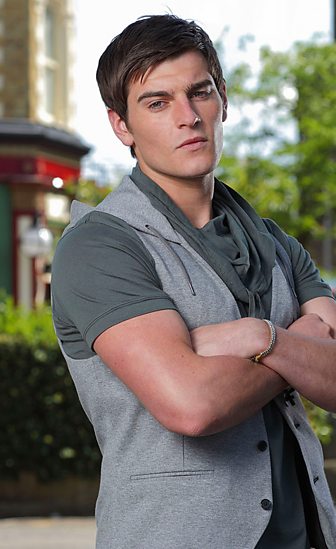