Adopted as a baby, Ava didn't plan to seek out her biological family... until Tanya came calling. 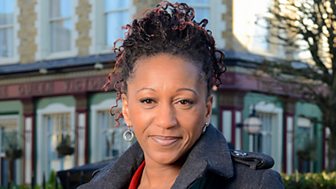 Growing up, Ava never asked questions about her biological mum or dad. She had a happy family now and that was all she needed to know.

Likewise, Cora didn't breathe a word of the baby she'd given birth to. She was too young and too afraid to bring her up in the unenlightened sixties. That was until her secret became too much to bear, and Patrick got wind of it. Tanya soon joined the dots to discover that she had a secret sister. Cue Tanya taking an investigative path that her mum was not best pleased about...

Ava's shrewd, determined, and strong. She can seem hard, but she's got a good heart. Like Cora. When she noticed Bianca going through a very familiar set of problems with Liam and his new "friends" she did everything she could to help... much to the reluctance of son Dexter. While she had good intentions, her involvement led to her home getting trashed, having to move and being branded a snitch... which is not the label you want on an estate like hers. It seemed she had no choice but to rely on the kindness of the family and friends she had kept herself distant from for so long.

While Ava likes to keep her new found family at a safe distance, her son Dexter enjoys his extra relatives, and has bonded with Cora to an extent that makes Ava feel uncomfortable. She's happy living a quiet life, and has a feeling that the further she gets to know her new family, the more she will become embroiled in their various issues!

But with her ex hubby, Sam, arriving on her doorstep just as she was about to give Billy Mitchell a waltz in the dating world, we're not sure how attainable that 'quiet life' will be for much longer. Having left her and Dexter when he was just a baby, Ava's had some stern words with her ex... but it seems that Sam's charm hadn't waned in all of those years. Sam quickly won Ava back round and ended up back in her bed... but son Dexter was another story; he couldn't wait to get shot of his old man! However, realising that his bad feelings about his dad would put a spanner in the works of his mum's potential happiness, Dexter reluctantly let Sam back into the fold.

Since Sam’s return though, things have taken a turn for the worst. Suffering from diabetes, Sam collapsed on the pavement, and it was revealed that he needed a kidney transplant. Hoping to be a match, and able to donate her kidney, Ava remained hopeful that she could save Sam. Just before a heated meeting with Sharon at the school though, the bad news arrived that she was not. Looking like all hope had been lost, Dexter was found to be a match. Much to Ava's discomfort, and not wanting her baby to donate his kidney, she attempted to dissuade Dexter from going through with it. But as Sam’s condition quickly deteriorated, they were all left with little choice but to allow Dexter to be a donor. But Ava’s fears and concerns soon came true, as Dexter lost consciousness after completing the operation. But luckily for all, Dexter pulled through! 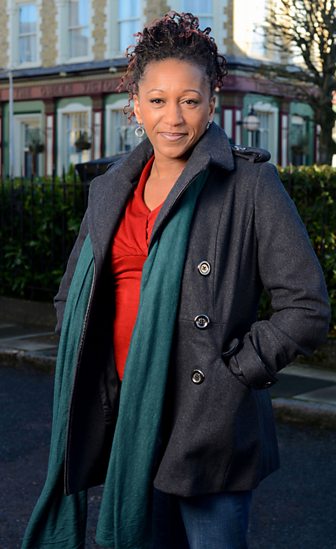