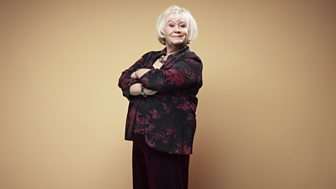 Having spent many years as a tax exile on Guernsey, she burst back on to the Ambridge scene a merry widow with the express purpose of giving the village a good shake-up. Before the sun was even half way over the yardarm she could be found heading for The Bull or quaffing a G&T on the terrace.

Her relationship with Matt Crawford was tempestuous but she stuck with him - she was his Pusscat and he was her Tiger - even after Matt's time in prison for fraud. When they set up Amside Property Holdings, Matt thought Lilian would just be a front for his activities, but she insisted on having a full say in its affairs.

Did we say affairs? Unfortunately in 2012 she started one - with Matt's half brother Paul Morgan - until his sudden death six months later. The couple grew apart and a while later Matt left Lilian high and dry. After this lowpoint, Lilian regained her sparkle with the help of Justin Elliott.

Lilian and Justin’s relationship has had its ups and downs; Justin was married to Miranda and a reappearance from Matt helped put a spanner in the works, but on December 22 2017 the couple finally vowed to stay together forever. They were all set to be married but decided that they don’t need a piece of paper to prove their love. Fingers crossed!

Read more: why we love Lilian

Sunny Ormonde has played the outrageous and wayward Lilian Bellamy since 2000 and has loved every minute of it! Sunny was already a seasoned radio actress with well over 400 radio play credits to her name when she was asked to join The Archers cast, many of whom she had worked with on other projects. 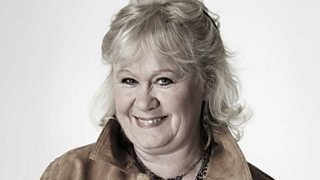 Kim Durham is an old friend and Sunny was thrilled when it was decided that Matt and Lilian would become an item on the show. They have had great fun with the Tiger and Pusscat storylines!

Favourite roles have included Christopher in On The Razzle and Shirley Valentine – like Lilian, a woman who knows her own mind!

Radio is a great love and she continues to enjoy work in this medium outside The Archers. Recent work has included Project Raphael, Death Of A Secret Wife, The Return Of The Native and the series Oddbody with Margaret Tyzack, Stephanie Cole and Annette Badland (Hazel Woolley).

Hiding behind the knicker-rack in Underwoods
Sunny Ormonde

Getting drunk with Eddie in the cider shed, hiding behind the knicker-rack in Underwoods, causing havoc in the rehearsals of Snow White and the Seven Dwarves and any scenes with Matt - her Tiger. I loved the Costa Rica storyline. The writers were brilliant; we were able to plumb such emotional depths! 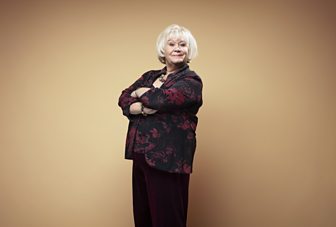