A bit about Dotty 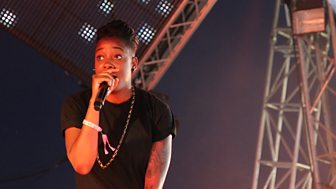 For an emerging figure in the world of performance and broadcasting, Dotty’s CV is not exactly short of impressive entries. Still only 25, this charismatic, witty and thoughtful MC has already collaborated with Busta Rhymes, appeared on stage with Missy Elliott, scored phenomenal underground success with self-released mixtapes, and even launched her own clothing range. And now, having released records via the Virgin label last year, she is ready to embark on a new phase of her career, as a 1Xtra radio DJ.

“You don't want to throw everything out there.”

Whether you call her Dotty, Amplify Dot, or A.Dot, or Dot - Ashley Charles is a major talent with an impressive story. Her tattoos tell some of that story on their own. There’s one of a clock showing 2am, the time of day she was born on the steps of London’s St Thomas’ Hospital. Then there’s a star in a splat of paint (“I’m arty,” she laughs, “and I’m a star”). Another signifies Dotty’s habit for keeping her heart under lock and key. “The more you keep back, the more people feel they can get to know you at their own pace,” she explains. “You don't want to throw everything out there.” 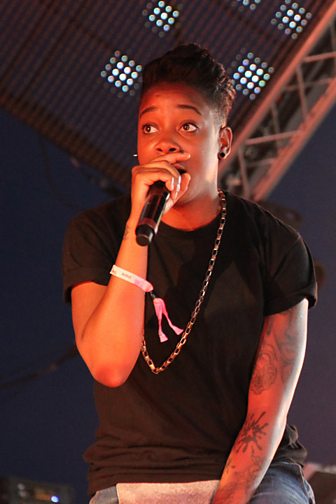