A self confessed "anorak" Ritula has been listening to Radio 4 ever since she can remember. She woke up with Jack de Manio and "listened with mother". 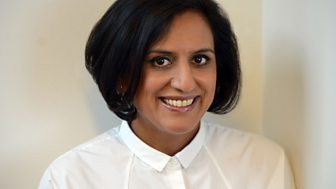 Having ignored her father's advice to become a lawyer, she graduated in History from Warwick University in 1988. Soon afterwards, she joined the Radio 4 production team based in Birmingham.

After a spell in regional TV news, she joined the Today programme. Seven years and many nightshifts later, Ritula made the short journey across London to Bush House -- where she became one of the presenters of the daily news show The World Today. She found herself presenting the programme from a variety of unlikely locations, including a building site at the back of a mosque in Tehran and under a table on a rooftop in Moscow (the only place where the equipment was protected from the snow).

"Even my Mum's impressed," she says, "who could ask for more?" 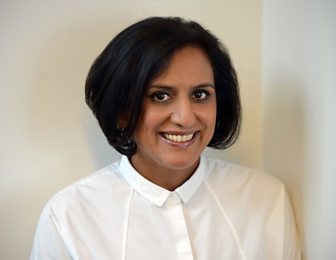