Karen's a ball of joy on the dancefloor 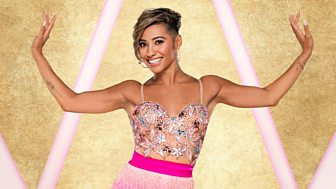 As our longest serving female Pro, Karen’s been part of the Strictly family for a whopping eight years!

The Paso allows you to be a strong powerful woman, while the Rumba expresses femininity.
Karen Clifton

We first saw her on the dancefloor in 2012 paired with Westlife’s Nicky Byrne, who impressed us all by reaching Week 10. The following year she partnered Hairy Biker Dave Myers, who, somewhat surprisingly, taught our pro a few things! “He certainly had some moves I’d never seen and he inspired me,” she said.

For her third Strictly experience in 2014, Karen was paired with Essex boy Mark Wright. The couple made it all the way to the Final, landing in fourth place overall. In 2015 Karen partnered broadcaster Jeremy Vine, and despite their popularity they bowed out in Week Eight.

Her fifth Strictly partner Will Young withdrew from the 2016 competition four weeks in, but Karen came back fighting in 2017 with TV chef Simon Rimmer. Unfortunately they finished in 11th place.

Karen's luck changed yet again in 2018 when she made it all the way to the Quarter Final with actor Charles Venn.

Karen was born in Valencia, Venezuela, and took up dancing after moving to New York when she was eight years old. Two years later she won a scholarship to the Martha Graham School of Contemporary Dance. She studied African, contemporary and ballet before moving on to ballroom and Latin at 19.

As a dancer and choreographer, Karen has worked with some of the biggest stars in the world, including Jennifer Lopez. She has won numerous ballroom awards including World Mambo Champion in 2008 and Professional American Rhythm Rising Star Champion in 2009, and starred as a principal dancer in the hit show Burn the Floor.

In her spare time, Karen loves cooking and baking, and her favourite things to make are Pavlovas and Victoria sponge cakes. 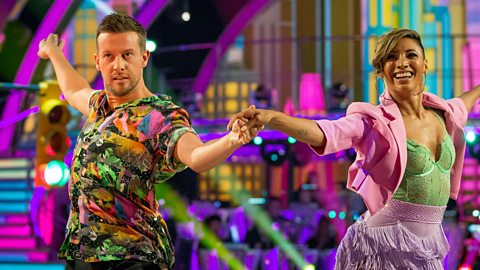 Chris and Karen take to the floor in a bid to impress the judges. 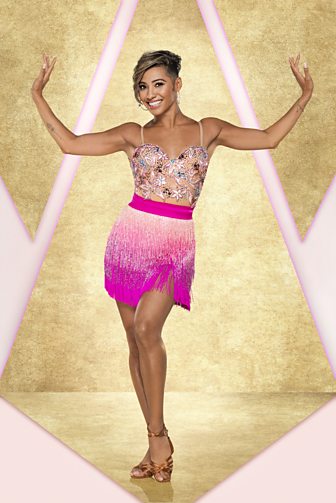