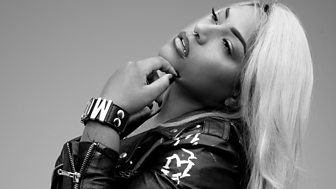 “I only make music that I love. I don’t care if no one else loves it. I’m true to myself.”

It’s this conviction that has earned Stefflon Don, aka Stephanie Allen, a reputation as an emphatically real MC. Her inventive rhymes and wordplay have already caught the attention of rap and grime fans alike, proving that this bilingual mum-of-one and self-described “girl with the blue hair” is a force to be reckoned with.

Steff attributes her straight-talking attitude to her diverse upbringing. After moving to Holland aged five, she enjoyed a liberal childhood in a richly multicultural environment. Eight years later, she returned to the UK with a view of the bigger picture: that there was a world outside of London.

The east Londoner first started making waves in 2015 with her versions of Wretch 32’s Six Words and Section Boyz’s Lock Arff. Since then she’s been in high demand, appearing on tracks by the likes of Lethal Bizzle, Sneakbo and Angel. In September 2016, she made an impressive appearance on Jeremih’s single London, where her patois-inflected, quick-fire one-liners came thick and fast. 1Xtra’s DJ Target is a particular fan and has championed her on his show.

Steff is currently working on her debut mixtape, Real Ting, which will feature Jeremih and Scouse Trappin Tremz. 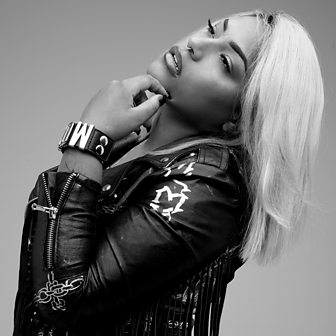