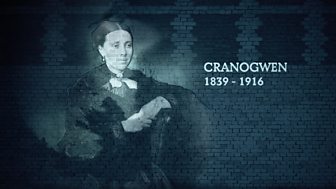 Better known by her bardic name of Cranogwen, Sarah Jane Rees was a pioneer in many fields – from poetry to journalism.

A tall, dark, striking woman, strong-willed and supremely confident, but possessed of a delightful sense of humour, Cranogwen was, without doubt, the most outstanding Welsh woman of the nineteenth century
Professor Deirdre Beddoe

She defied all the suffocating restrictions of Victorian womanhood to enjoy a ground-breaking career rich in experiences, achievement and adventure.

Her first claim to fame was as a master mariner. From the time she was a little girl in Llangrannog, Cranogwen was determined to live a less conventional life. Her parents wanted her to be a dressmaker but she persuaded her sea captain father to take her on board ship.

For two years she worked as a sailor on cargo ships between Wales and France before returning to London and Liverpool to further her nautical education.

She gained her master mariner’s certificate – a qualification that allowed her to command a ship in any part of the world. Back in West Wales – overcoming opposition to the appointment of a woman - she became a head-teacher at 21, educating the children of the village, and also taught navigation and seamanship to local young men.

Many men who would later go on to sail and captain ships across the world’s oceans were trained by Sarah Jane Rees at this small school on the coast of Ceredigion. 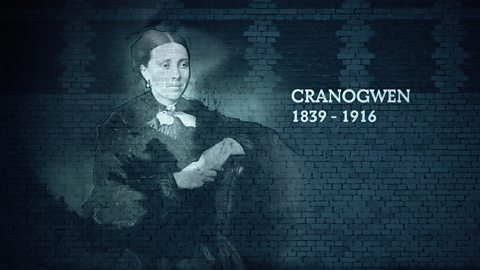 In 1865 her writing skills turned her into an instant Welsh celebrity as she became the first woman to win a poetry prize at the National Eisteddfod – beating the major male Welsh poets of the day, Islwyn and Ceiriog.

Writing under the name of Cranogwen, her winning poem Y Fodrwy Briodasal - The Wedding Ring - was a moving satire on the married woman’s destiny, using the wedding ring as a recurring symbol.

She went on to be one of the most popular poets in Wales, winning more eisteddfod prizes and exploring themes from Welsh patriotism to shipwrecks. Her first collection of around 40 poems was published in 1870.

And in 1879 she became the first woman to edit a Welsh-language women’s magazine – Y Frythones, a role she relished for 13 years. Packed with stories, poems and features, it campaigned for girls’ education and even had a problem page.

As an editor, Cranogwen also encouraged the talents of other women. Several of the female writers she gave a platform to in Y Frythones went on to successful literary careers.

Cranogwen was brilliant with the spoken as well as the written word. At a time when public speaking by women was frowned upon, she embarked on a career as a lecturer, Temperance campaigner and preacher – travelling across America twice.

She often faced considerable opposition from male preachers when she took to the pulpit but was hugely popular with audiences who warmed to her vivid use of language and compelling delivery.

Temperance was an important issue for Cranogwen. She saw the impact of alcoholic excess on family life in much the same way we would view the dangers of drug abuse today.

In 1901 she founded Undeb Dirwestol Merched y De (South Wales Women's Temperance Union). By the time of her death in 1916 there were 140 branches throughout South Wales.

One of her most progressive ideas was a refuge for young women. And while she didn’t live to see this dream of a house for homeless girls built, the shelter Llety Cranogwen was opened in her memory in Tonypandy in 1922.

So many pioneering achievements for a woman born 180 years ago. 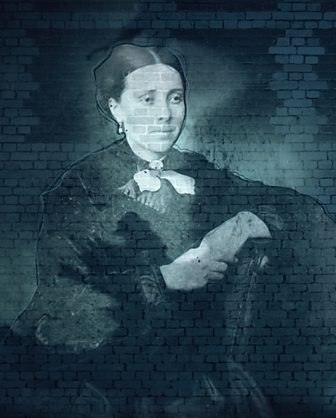