When the Doctor first touched the TARDIS console he said the ship was the most beautiful thing he'd ever known. And then he stole it, choosing to crash through the cosmos, saving people and planets and being taken where he needed to go by his frankly magnificent time machine. 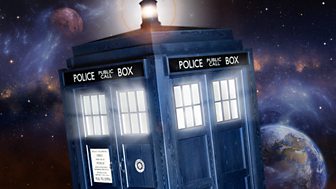 The TARDIS can travel to any point in all of time and space and is bigger on the inside than the outside due to trans-dimensional engineering – a key Time Lord discovery. It has a library, a swimming pool, a large boot room, an enormous chamber jammed with clothes and many more nooks, crannies and secrets just waiting to be discovered…

I always took you where you needed to go.
The TARDIS

Just like the Doctor, the TARDIS tends to stand out a bit. Its exterior should change to blend in with its surroundings, conforming to a new environment within a moment of arriving there, but this handy facility was lost years ago when its chameleon circuit developed a fault. Since then, except for a brief period of somewhat random metamorphoses, the TARDIS has retained the outer appearance of a British police box. There’s a sneaking suspicion that the Doctor could fix the fault if he wanted to, but he chooses not to tinker because he likes the way the ‘old girl’ looks.

The same goes for the distinctive wheezing-groaning sound the ship makes when arriving or dematerialising. According to River Song, if the brakes weren’t left on the cacophony wouldn’t happen, but the Doctor called it ‘…a brilliant noise!’ adding defensively, ‘I love that noise!’

During an encounter with the evil entity known as ‘House’, the living consciousness of the TARDIS was locked in a humanoid body meaning the Doctor could finally converse with his time machine. Needing a Time Lord to see the world, the TARDIS claimed she selected the Doctor back on Gallifrey because he was ‘the only one mad enough’ for such an odyssey. Indeed, on more than one occasion the Doctor has defined himself as ‘a madman in a box’, so it looks like the TARDIS chose wisely.

The TARDIS is sturdier than it appears and has survived missile attacks, extreme temperatures, gunfire, alien onslaughts and even the assembled hordes of Genghis Khan couldn’t get through its doors – and they’ve tried. So, the ship is ancient and remarkable, endures as an icon of hope and remains harder to defeat than many would first imagine… Just like the Doctor. 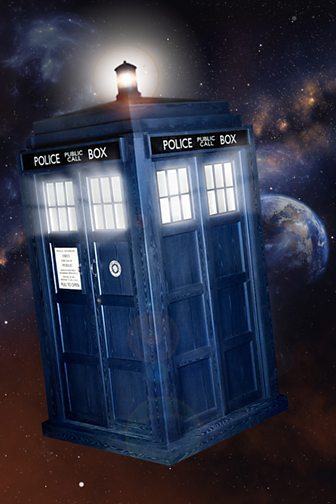