New to the competition is Birmingham born Thomas who was adopted and grew up in Woolacombe, North Devon. 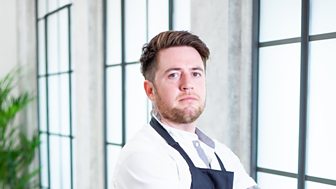 Thomas originally wanted to become a social worker but he ended up falling for cooking instead after growing up in cafes and cooking meals as a teenager.

Thomas went to catering college and although spending more time surfing than learning at this point by 2002 he was Head Chef at a local café. By 2009 he found himself under the tutorage of Nathan Outlaw moving to Cornwall to work at the Seafood and Grill Restaurant. Thomas was head Chef when Nathan Outlaw’s restaurant gained its second Michelin star.

Thomas is the owner and Head Chef of the one Michelin starred restaurant Thomas Carr at The Olive Room in Ilfracombe. With a teenage son and a new baby, he is no stranger to bedtime stories and will be putting his personal spin on much loved picture book favourites. 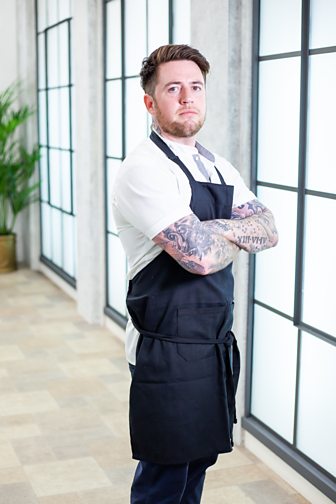