Brave and disciplined Cass may be deaf, but she communicates what she’s thinking very loudly! 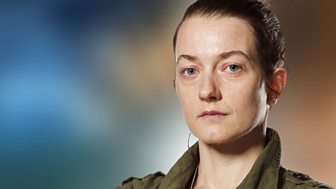 Cass is the strong and clever second in command on The Drum who is thrust into a position of responsibility when commanding officer Moran is killed. When Moran reappears on the base as a ghost and begins hunting down the crew, Cass must quickly step up as a leader, guiding her team into the base’s Faraday cage to protect them.

Cass is deaf and communicates using sign language through her interpreter, Lunn. Although neither would admit it, both are in love with each other and Cass shows herself to be overly protective of Lunn when the crew come to explore the sunken space hearse and later, when Lunn is forced to confront the ghosts. Cass’ deafness proves however to be the Doctor’s greatest advantage when her superior lip-reading skills allow him to decipher the ghosts’ message and discover their origins as an alien distress call.

Later, when Cass, Lunn and Clara are left on The Drum to fend for themselves, Cass is distraught when Clara suggests Lunn should leave the Faraday cage to retrieve her mobile phone (and only means of communicating with the Doctor). In a desperate bid to rescue him, Cass almost becomes another victim…until the vibrations of the floor betray the ghost’s approach!

Having survived, Cass is overjoyed when Bennett persuades Lunn to tell her that he is love with her and the two finally share a passionate kiss. 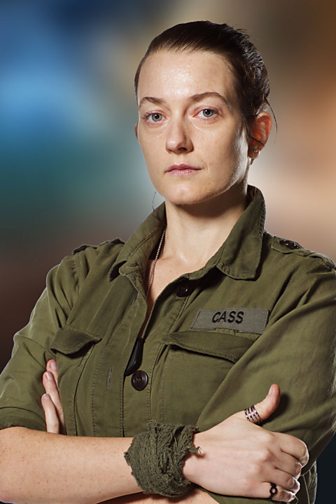