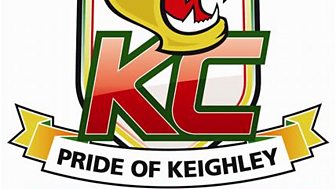 My dad, Neil Spencer (Emily’s granddad) was a director, chairman and council member for Keighley Cougars for over 50 years. He’s Cougars through and through and still goes to home and away games.

Emily has been brought up by Cougars – she had no option.

Dad has memory problems – he still remembers us all, but thinks any young man must be a Cougar player that knows him. He goes to Wembley every year and Emily would really like to create a memory of her singing for Cougars for her granddad.

All of us in the family have been involved with the Cougars at some point, my husband Adrian was the timekeeper for six years, I was the commercial manager for a while, my brother was the match day co-ordinator – even my niece was a cheerleader.

Emily has been brought up by Cougars - she had no option but to be at Cougar Park when I worked there and now she knows the place inside and out. When I was pregnant with her, she was a few days overdue and I chose to wait until after Cougars played Batley before I went to be induced. It was worth it – Keighley won! 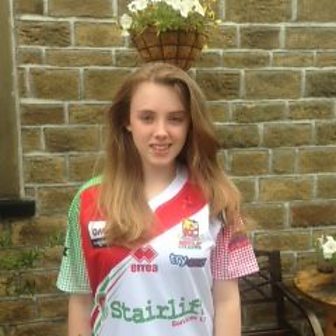