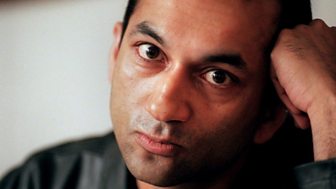 He is also the presenter and writer of the Country Direct series - half hour special travelogue documentaries.

"Travelling abroad to report for the BBC has been the fulfilment of my wildest dreams and I make sure I always try and justify the privilege with enthusiasm and insight," says Rajan.

"As a journalist I’m basically a 'people' person – and it always delights me how much I can delve into the lives of others half a world away and yet be able to share and communicate so much.

"Empathy for me is not reducing different cultures to a lowest common denominator but embracing the 'otherness'. I may have experienced travel for the last 20 years in different guises – as a broadcaster, as a touring musician and as a public speaker – but I feel like I haven't even scratched the surface yet!"

In November 2012 he was named the Broadcast Travel Journalist of the Year 2012 at the Business Travel Awards ceremony in London.

In the course of presenting Fast Track over the last six years Rajan has abseiled with bin men in the Favelas of Rio, played bass with a klezma band in Krakow, done loop the loops in a second world war biplane and bathed a grown tiger.

“Each time in advance I’ve been scared, very scared and each time afterwards exhilarated. Risk taking outside your own comfort zone is what life is for.”

But it’s not always the extreme encounters which are the most memorable.

"Often dining in someone’s house, a chance encounter in a bar, finding out what children are interested in are the best way to immerse yourself in a culture. One of my favourite feelings is thinking I’ve been in the same country for six months when I’ve only been there for four days."

Rajan is also the host of the weekly radio show on the BBC World Service called Over To You, is a regular contributor to the award-winning From Our Own Correspondent and has made several TV and radio documentaries for both domestic and international channels. He also previously fronted the BBC’s original independent traveller series, Rough Guide to the World.

But aside from travel and journalism - Rajan’s other passion is music - and has for 20 years been the co-founder and bass player of the nine piece ska and reggae band Maroon Town. He has toured 30 countries around the world, played nearly 1,000 concerts and release five albums. 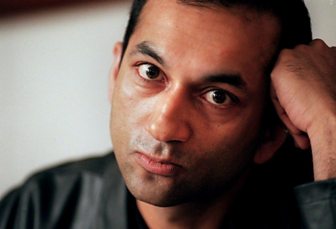