Bennett would describe himself as a coward, but the truth is when the Doctor forces him to confront ghosts, death, aliens and time travel, he proves himself to be anything but! 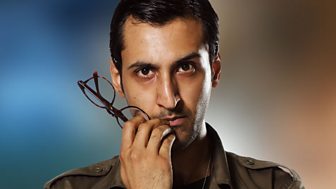 Bennett was a marine geologist working for Vector Petroleum who was required to join the military so that he could serve aboard The Drum, an underwater mining facility in Scotland in the year 2119. Not believing himself to be suited to army life, Bennett soon had an opportunity to discover what he was really made of when an apparent accident killed his commanding officer Moran and the crew were attacked by his ghost!

My first proper alien. And he’s an idiot

With the arrival of the Doctor and Clara, Bennett continued to express his worry and fear in the face of danger, and when an opportunity arose for the crew to abandon the base before any more died, he was the only one eager to take it! Nevertheless, he reluctantly agreed to help the Doctor in his dangerous plans to capture the ghosts in the base’s Faraday cage.

When Bennett joined the Doctor in the TARDIS on his mission to discover more about the origin of the writing in the alien spaceship believed to be the source of the ghosts, he had his first taste of time travel. The experience didn’t sit well, and his first journey made him throw up! As amazing as finding himself in 1980 was, Bennett soon had a harsh lesson in the rules of time travel when his friend O’Donnell was killed and the Doctor refused to allow him to use the time loop the TARDIS had trapped them in to rescue her. Coming to realise that there are no second chances, on his return to The Drum and the 22nd century, Bennett encouraged Lunn to tell Cass that he was in love with her. 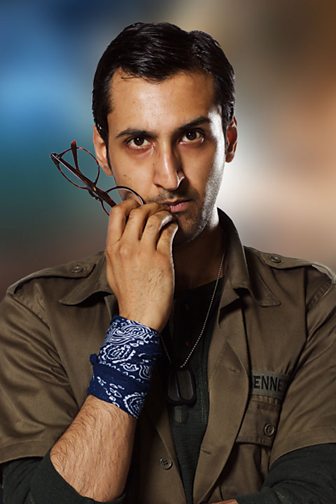