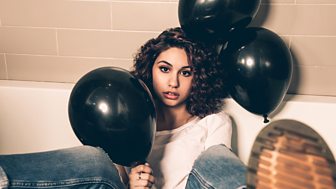 Canadian singer/songwriter Alessia started making music at just 10 years old. She taught herself to play guitar and was encouraged by her mum to start her own YouTube channel.

A young songwriter who sounds completely at home bearing her soul on record and making honesty sound so natural.
Huw Stephens, Radio 1 DJ

Shy of performing in public, it was the perfect platform to get her talent noticed. She posted dozens of acoustic cover versions but it was her rendition of The Neighbourhood’s Sweater Weather which led to a recording contract with Def Jam records.

Her debut single Here became an instant viral hit and caught the attention of critics and the public alike. The frank lyrical content, about feeling alienated at a friend’s party, married with the fresh production, resonated with young people and garnered praise from the industry.

Her profile reached new levels after performing a cover of Taylor Swift’s Bad Blood during a piano session for Huw Stephens. She got a pleasant surprise from Swift herself, who tweeted: “You're AMAZING…Love this”. Since then Taylor has become an avid fan and Alessia was invited to perform on her 1989 tour.

Alessia’s style has been described as bold, honest and fearless, and she has gained a reputation for being a credible, conscious-pop star. She said: “I want my music to be cool and reflective of my influences – Drake, Amy Winehouse and Ed Sheeran – but still new”. She seems to be achieving what she set out to do as she now counts Lorde, Alicia Keys and Drake amongst her famous fans. 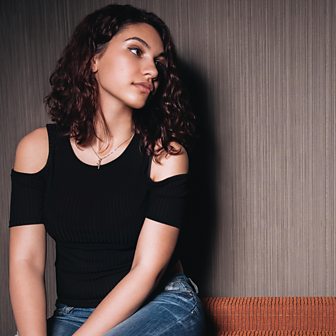