BBC Two
Astronauts: Do You Have What It Takes?
Main content 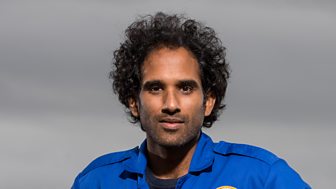 Vijay, 35, is an aerospace engineer currently working on designs for a hypersonic space plane. He’s also an experienced explorer and mountaineer - he was part of the first British team to ski across the Penny Ice Cap and has lead expeditions to the Andes. Growing up in East London, Vijay’s early dreams of becoming an astronaut fuelled his ambition – he chose to study Aeronautical Engineering after learning it was the career path of astronauts like Al Worden. A real space enthusiast, Vijay was thrilled when Tim Peake visited his lab and looked at his work on the space plane. Vijay also enjoys running, racquet sports and yoga. He lives in Oxford with his fiancée. 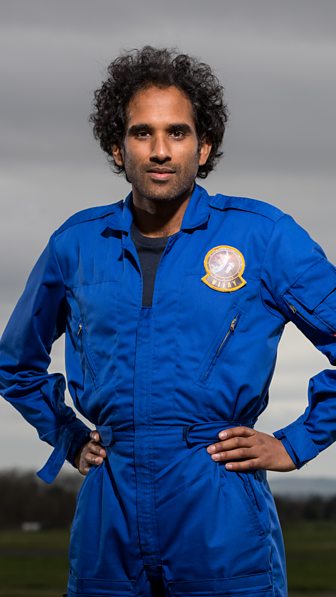