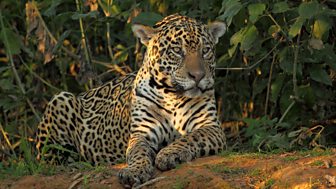 Jaguars are found over most of South and Central America, but they are incredibly difficult to see – even Steve Backshall has tried to see them three times on Deadly 60, without success. 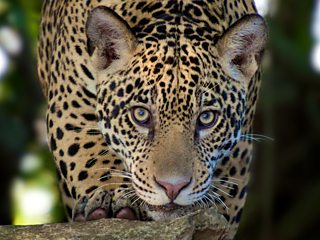 Until very recently, they were thought unfilmeable. But one very special location in the heart of Brazil has at last given BBC crews the chance to show some of their remarkable lives for the very first time.

The Wild Brazil crew spend more than nine weeks here, and scanned an estimated 10,000 miles of riverbank in search of jaguars.

They are the third largest cat in the world, but pound for pound they are by far the strongest. The jaguars of the Pantanal are the biggest of all and they specialise in hunting caiman. They kill caiman by piercing the skull with one of the most powerful bites in the animal kingdom.

The crew also filmed much more tender moments between these cats, including privileged views of cubs as well as courting and mating. 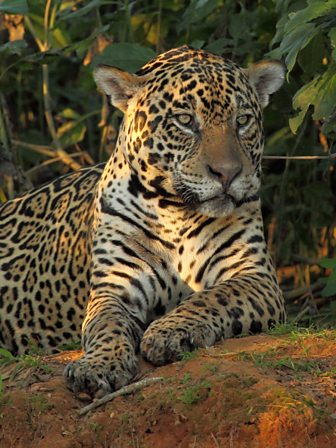